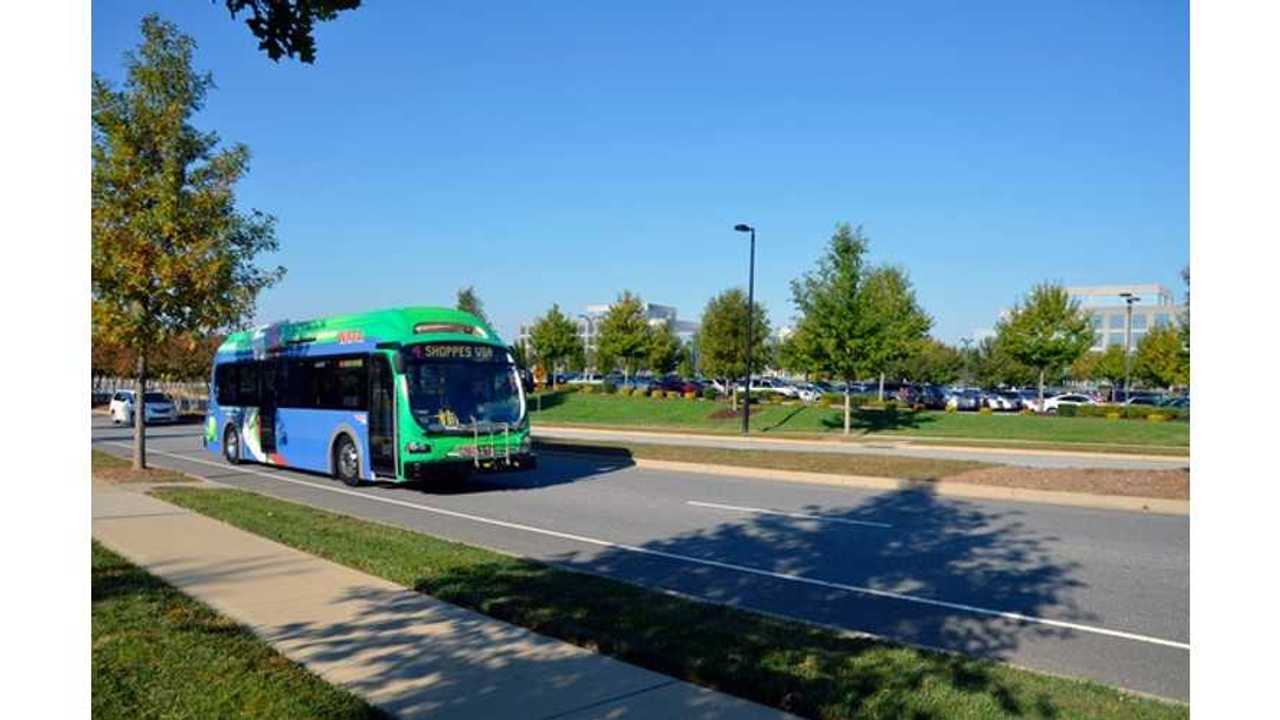 According to Proterra, now WARTA has the largest fleet of electric buses in revenue service in North America - a total six units.

The first three were bought in September 2012 and delivered in late summer of 2013, which gave us a glimpse at the waiting time for Proterra's electric bus.

6 electric buses represent 13% of entire WRTA fleet, which services the City of Worcester and the surrounding 36 communities in the Central Massachusetts area.

10-minute charging at bus stops is how the Proterra BE35 stays in service..

“Repeat customers represent the ultimate customer service goal for our company. Our continuing partnership with WRTA emphasizes the long-term financial benefits of reducing an authority’s dependence on fossil fuels and the positive impact battery-electric buses can have on the environment.”