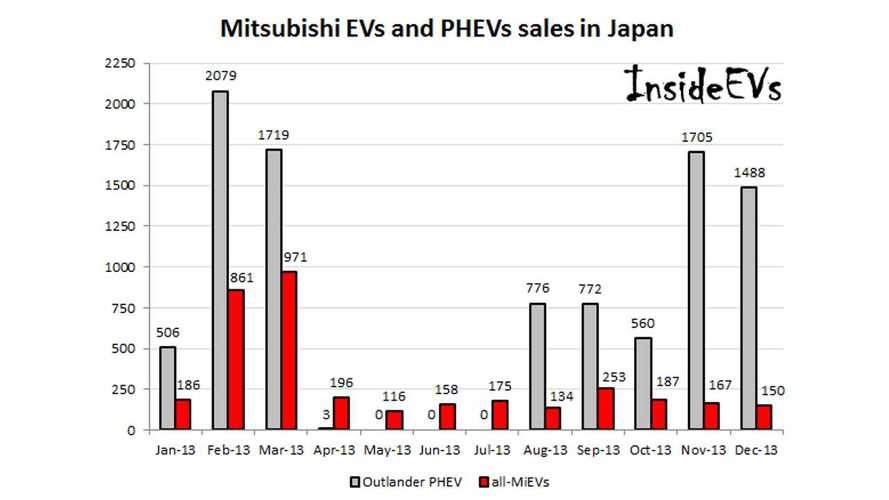 Mitsubishi had another strong month of Outlander PHEV sales in Japan with 1,488 delivered in December.

This is less than in November, but it's still a great finish to the year.  With 1,488 delivered in December, the Outlander PHEV outsold all other plug-in vehicles in Japan.

Total sales of the Outlander PHEV in Japan in 2013 was 9,608!  That's almost as high as Nissan LEAF sales in its first year of availability.

The Outlander PHEV could have posted even better results for 2013 had it not been for some battery issues that restricted sales for awhile.

The next target for Mitsubishi is to reach 30,000 units by the end of March.