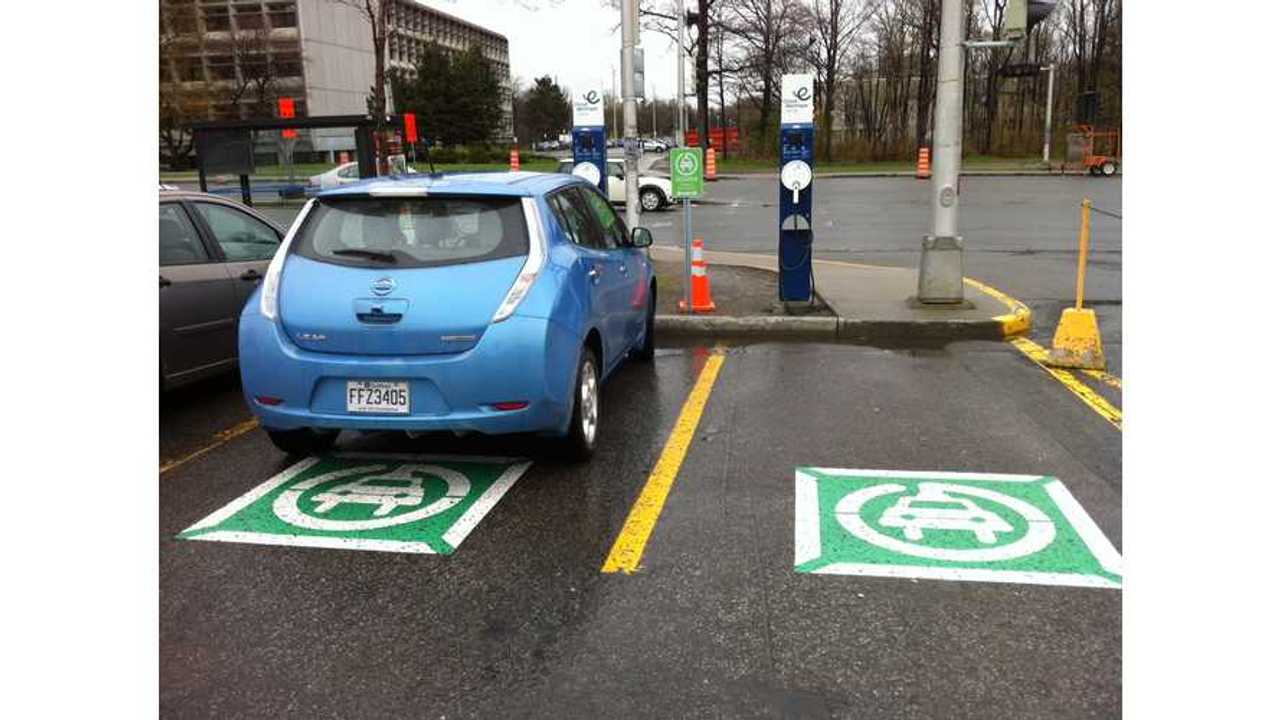 The strategy comprises a number of initiatives, for a total cost of $516 million:

Premier Marois had this to say about the new strategy (translated by the author of this post):

"The aim of the Electrified Transportation Strategy is to make Quebec a world leader in electrified transportation. With this exciting project, we can prosper, while at the same time reducing our greenhouse gas emissions in order to achieve our ambitious targets for 2020. Furthermore, it brings us closer to energy independence."

The charging station roll-out will begin with a pilot project linking Montreal and Quebec City. Seven charging stations - two Level 2 only and five with quick-charge ports - are slated to be installed by the summer of 2014.

Although the Marois government is in a minority position and does not control the legislature, it appears markedly more stable than at this time last week. First, she has ruled out the December election that she had reportedly been mulling over. In addition, the third party in the legislature is polling very poorly, which gives its leader all the incentive he needs to keep Mrs Marois in power.

So, it looks like at least the first stages of the plan will be implemented.