Samsung SDI to Pay For Using Celgard's Separator For Li-ion Batteries; LG Chem Tries To Use the Separators For Free 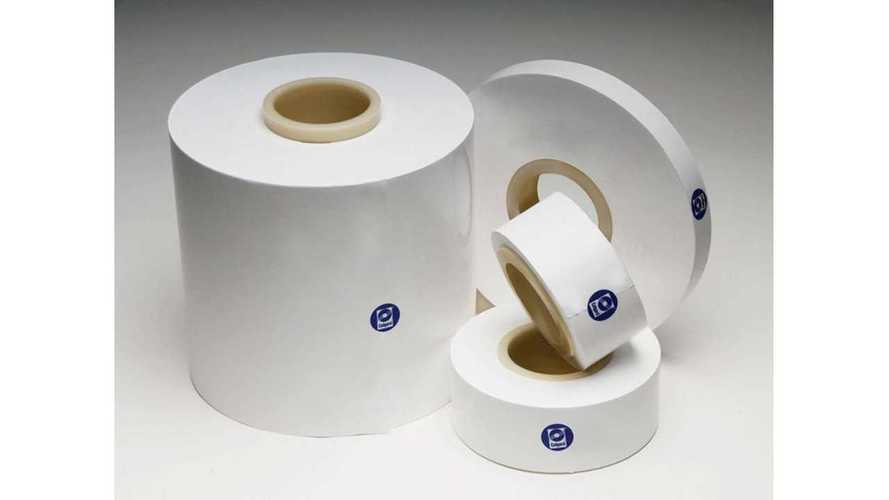 On 30 January, Polypore International posted two interesting press releases related to its subsidiary Celgard, LLC, which developed and is selling separator materials for lithium-ion batteries used in electric cars and in other applications.

The first press release was an announcement of a long-term supply agreement with Samsung SDI Co., which is producing lithium-ion batteries for electric cars such as the BMW i3 or Fiat 500e.

"Polypore International, Inc. (NYSE:PPO) today announced that its Celgard subsidiary and Samsung SDI Co., Ltd. ("Samsung") have entered into a long-term supply agreement under which Samsung will purchase Celgard® brand separator to be used in its electric drive vehicle and energy storage system lithium-ion batteries. This long-term agreement includes guaranteed purchase and supply volume requirements and an initial four-year term with a two-year extension provision."

"We are pleased to partner with an industry leader like Samsung, and we believe this agreement underscores the value of our capacity investments and our proven industry-leading products and technology, while providing certainty of supply to meet our customers' needs in this growing application space. We are impressed with Samsung's market position and the opportunities they have on both current and future vehicle models, as well as their demonstrated commitment to supplying global customer growth."

Then there was this press release with a mention of LG Chem, which supplies even more automakers with li-ion batteries (like GM, Ford, Renault etc.).  Polypore International announced that it had filed a complaint in the U.S. District Court of the Western District of North Carolina against LG Chem, Ltd. and LG Chem America, Inc..

Why?  Because of battery separators. Polypore believes that LG Chem infringed on Celgard's patent and would like to get some money back:

"The complaint alleges that LG has infringed Celgard's United States Patent No. 6,432,586 issued for an invention entitled "Separator for a High Energy Rechargeable Lithium Battery." The patent in the lawsuit covers ceramic composite layer lithium-ion battery separators first developed by Celgard for high-energy rechargeable lithium-ion batteries. This lawsuit has been filed following a lengthy period of unsuccessful discussions with LG regarding various business terms of its relationship with Celgard, including infringement of Celgard's patent. Celgard is represented by the law firm Kilpatrick Townsend & Stockton, LLP."

"Celgard has a long history of innovation in lithium-ion battery separators and is a proven world leader in this technology. We value long-term customer relationships, and we are interested in partnerships that reflect the value of our products in applications such as electric drive vehicles ("EDVs"), where exceptional safety and performance characteristics are critical. We supported LG for years under a formalized memorandum of understanding that was intended to result in a long-term supply agreement, investing substantial capital at their request and developing and qualifying high quality products with unique attributes. Unfortunately, after a long period of support and discussions, LG's recent approach and demands were simply unacceptable."

"Legal action is not a decision we take lightly. However, LG's recent approach in both consumer electronics and EDV applications leaves us with no choice. While LG has not confirmed this in writing to us as we requested, representatives of LG have verbally stated that they are attempting to qualify alternate sources of supply to Celgard separator—an action we believe constitutes further infringement of our coating patents. We are taking this action on behalf of our company and our shareholders to safeguard our assets, and we will continue to take appropriate steps to protect our intellectual property."

What's interesting is that Polypore didn't record any revenues from LG last quarter:

"During the fourth quarter of 2013, Polypore recorded no revenues from LG and expects to report fourth quarter sales for the Electronics and EDVs segment to be in the low- to mid-$30 million range."

If the dispute continues to fester, it's possible that batteries from LG Chem will be modified. Hard to say what this could mean for the Chevrolet Volt or Renault ZOE batteries, but this behind-the-scenes stuff sure is interesting to us.