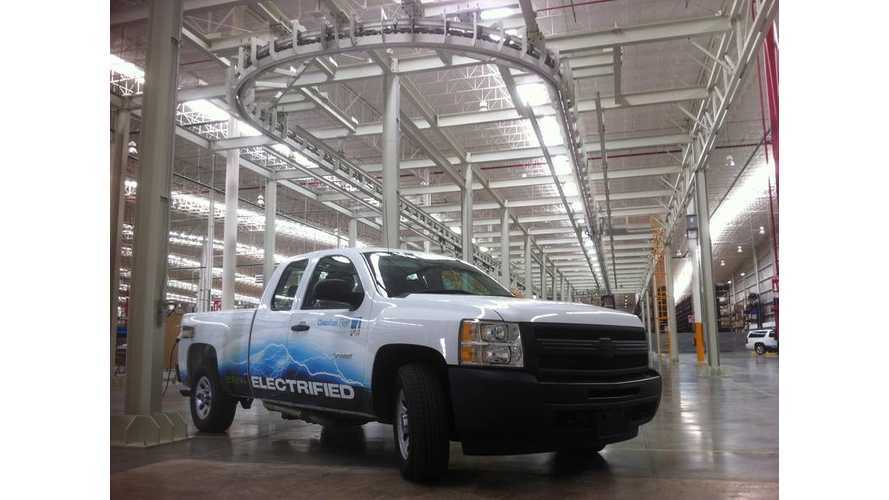 Via Motors Cuts Ribbon at Facility in Mexico

VIA seems to be ready to produce thousands of its EREV pick-up, SUV and van variants in the coming months.  VIA has communicated this "high volume" message through many of its marketing channels over the last few weeks, although this optimism is sure to be tested by the seasoned auto manufacturers and upstarts that have preceded them. But look at this optimism, this time coming from Pablo Acedo, president of VIA Motors Latin America:

It is safe to say that every manufacturer in the electric vehicle space has been showered with not only practical criticism, but also unforeseen, and sometimes insurmountable "speed bumps."  We could describe these speed bumps here, but we're sure that you, our readers, are well aware of the going ons of the industry.

The questions for VIA seem to be: Can VIA Motors be the first to coast through the ramp up process into their first full year relatively unscathed? We think so, but VIA needs to get its ducks in a row if that's to happen. There is a bumpy road ahead for VIA and, as an automaker, it needs to clarify its offerings and educate the skeptics.

Here are some of the "speed bumps" we seen on the road ahead:

This should be easy, right?  Is it ever easy to become an automaker?