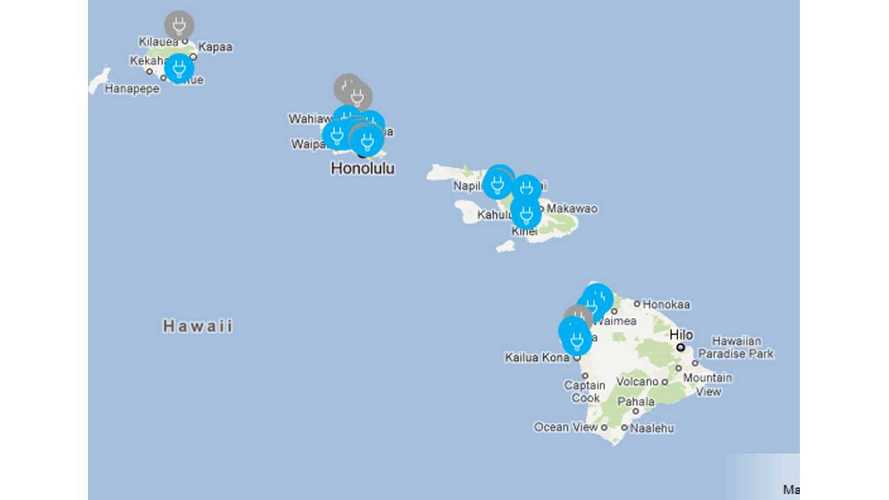 In 2010, the state of Hawaii made a commitment to install 230 chargers at 95 locations within two years.

Several companies were eager to do the installations, with the contracts being awarded to AeroVironment, Better Place, GreenCar Hawaii, County of Kauai, City and County of Honolulu and Plug-in America.

However, progress has been mixed and prices at some locations are sky high.

While charges have been installed at 96 locations—according to the Hawaii state website, as of August 2012—most of these locations are near Honolulu, the state's population center.

The outer islands appear to have been neglected. Each island only has 12 public charging locations, spread evenly across the respective islands. Many of these stations are from operators that are no longer in business.

For instance, the chargers installed by Better Place are now viewed as useless, since the access cards have stopped working.

OpConnect Looks to Turn Around the Situation in Hawaii

OpConnect of Oregon has committed to rebuilding the network of failed chargers. However, that work has been slow, with only a few chargers switched over in the last year.

OpConnect claims that it is not responsible for the high prices. Nathan Hayes of Opconnect told InsideEVs that the owner of the property sets the prices.  Opconnect has no control over this.

How much use will these new chargers get used with the per use cost being so high?

And, if you reside in the state of Hawaii and own a plug-in vehicle, do you feel let down by the failure to fulfill the promise to cover the state, including the outlying islands, with chargers?