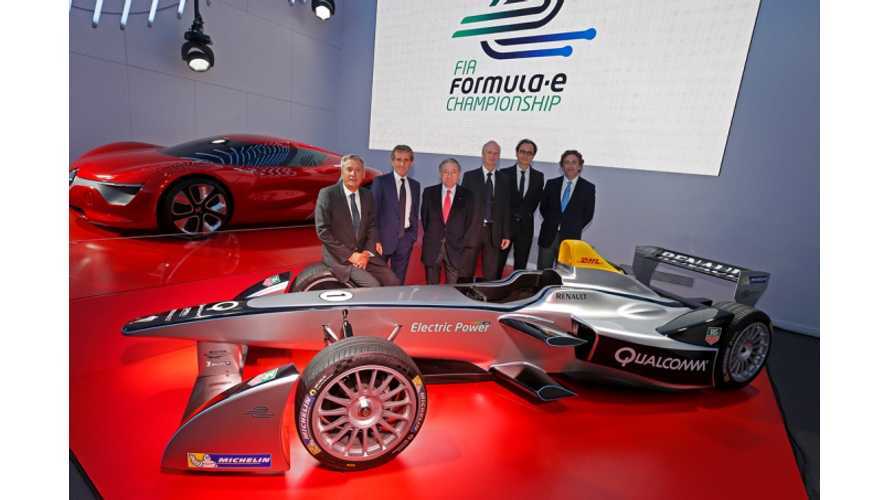 Four-time Formula 1 World Champion Alain Prost is getting together with Jean-Paul Driot - founder of DAMS, one of the leading French racing teams - to enter the Formula E championship series, with e.DAMs as their Formula E team name.

The Spark Renault SRT 01E hanging out in Monaco

e.DAMS is the first French team (fifth overall) to sign up for the all-electric series of races, slated to begin in September 2014. Technical and logistical support will be provided by Le Mans-based DAMS.

For the first year, all teams will be driving the Spark Renault SRT 01E, but after that all bets are off.

Prost is very enthusiastic about the new venture:

“I am very happy to be a part of the Formula E adventure. Being able to actively participate in the development of this new technology, which is 100% electric is extremely motivating. As we’ve seen in other championships, 2014 will see a move towards more sustainable racing, proving more than ever that motorsport is the benchmark for the future.”

Jean-Paul Driot sees an exciting future for the technology:

“Getting involved with the FIA Formula E Championship was an obvious choice. Being the race enthusiast that I am, I was immediately convinced by this new concept of using fully electric single-seater cars and believe it will shape the future of motorsport. The implementation of new technologies, in the heart of the most beautiful cities in the world and in front of a young audience, lays the path for a new form of motorsport, which is innovative and respectful to the environment. I am extremely proud to be a part of this new challenge.”