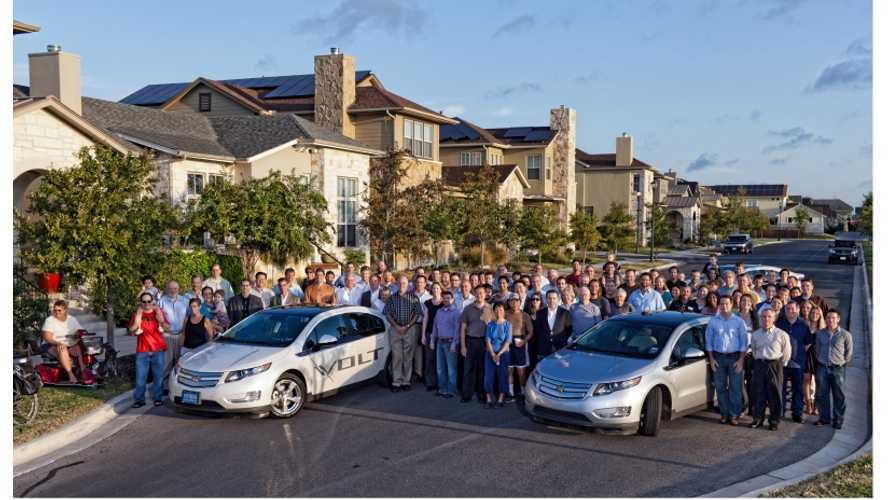 We've all heard this claim before: "If EVs ever go mainstream, say bye-bye to the power grid when everyone plugs in after work!!!!"

One of the first studies to test this hypothesis concludes that ... well, no, that's not very likely to happen.

The Pecan Street Research Institute conducted a trial over the summer in Austin, Texas - in an area with one the highest densities of EVs in the country. They randomly selected 30 homes, half of which were also participating in a trial on time-of-use (TOU) pricing.

As you can see in the image below, some previous models had suggested that a sudden spike would occur at the end of the workday, which is a time of high electricity demand on hot summer days. The results of the trial tell a very different story: charging is much more spread out throughout the day, with the peak occurring late at night - when demand is lowest.

While this may not come as much of a surprise to EV owners (raise your hand if you always charge for exactly 3 hours at exactly 5 pm), it is helpful in giving system operators an idea of what to expect as EV ownership ramps up.

A few of the specific conclusions of the report bear repeating:

So, EVs are not the enemies of the power grid and, with TOU pricing, can even help to fill in the nighttime lull in electricity demand.