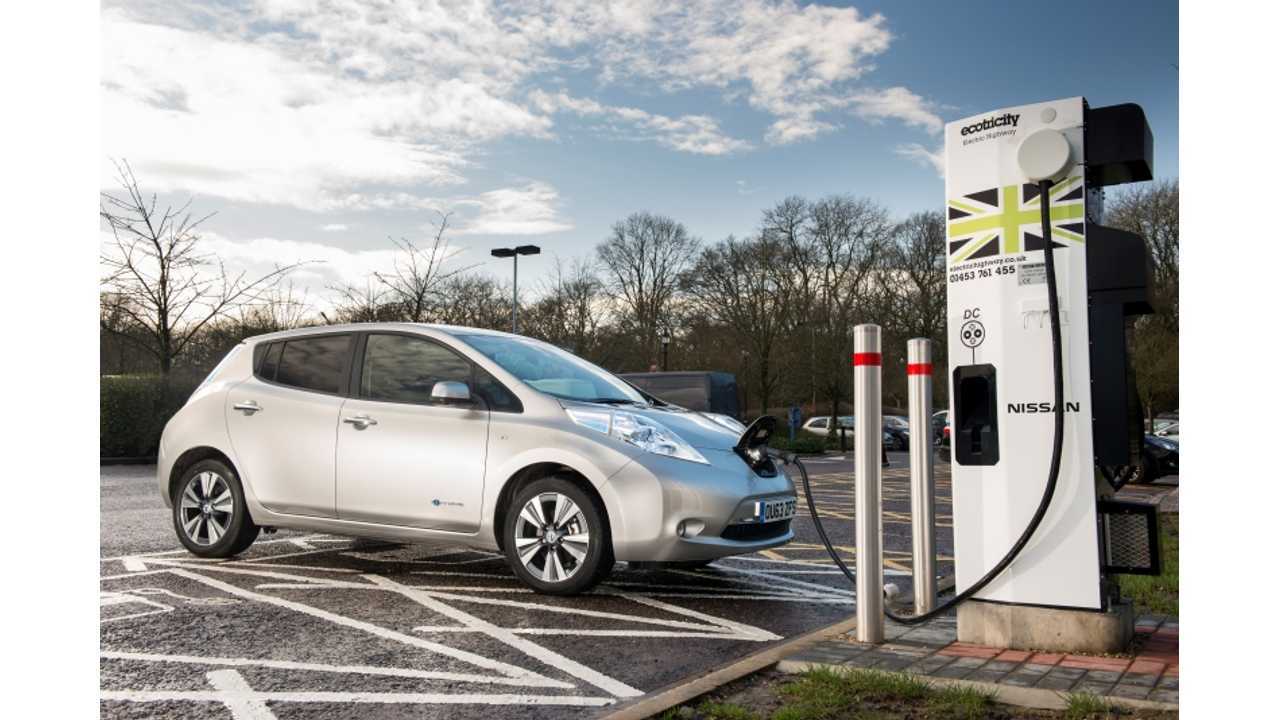 Nissan, Ecotricity and IKEA Are Installing Fast Chargers At All 17 Locations In The UK

UK Deputy Prime Minister recently announced that government will invest more than £9 million (which will come from the £37 million for electric vehicle infrastructure announced back in July 2013) to boost the number of charging points for electric cars.

This amount of money will enable the UK to install hundreds of additional charging points.

"There are already more charging points than filling stations in London, but to make driving an electric car possible for everyone, the £9 million funding will be used to create hundreds more charging points across the country, including 140 new rapid chargepoints which can charge an electric car in less than half an hour. This will cement the UK’s position as one of the best for electric vehicle recharging networks in Europe."

140 QCs in UK will go of course be above the 195 noted by Nissan that are already installed and above the 74 others that will be installed as part of another project - Rapid Charge Network (RCN). So, the UK will have very dense QC network compared to most other countries.

New QCs almost for sure will have different plugs for CHAdeMO, AC Type 2 and Combo, because we see several manufacturers including BMW, Nissan and Renault supporting this plan.

Besides the 140 QCs, there will be hundreds more standard charging points installed in addition to the UK's current 6,000.