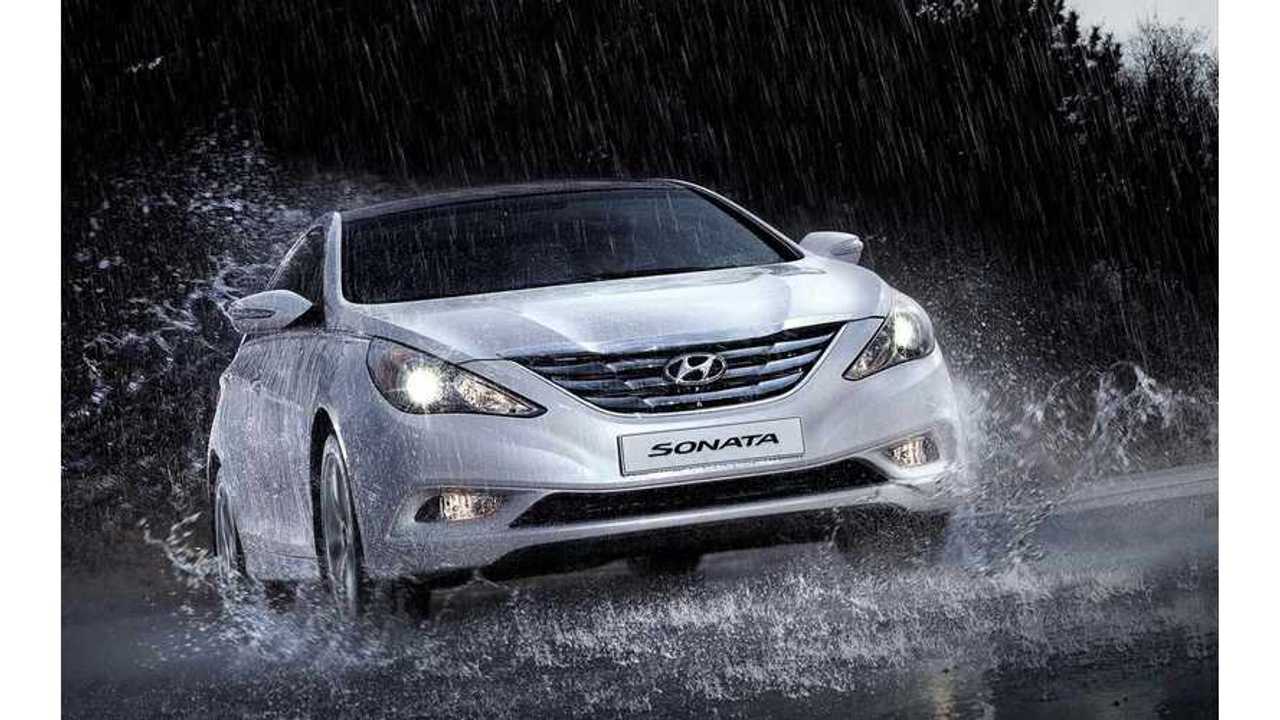 Hyundai-Kia seems to be gearing up to enter the EV revolution.

Already confirmed is the 2014 US launch of the Kia Soul EV:

But what's next after the Kia Soul EV launches?

It seems that both the Hyundai Sonata and Kia Optima are getting the plug-in hybrid treatment.  As Chosun Ilbo reports:

"Hyundai Motor and its affiliate Kia Motors will release the nation's first plug-in hybrid vehicles next year. It also plans to release an electronic version of the Kia Soul in May and a mid-size EV as early as next year."

"Hyundai's new LF Sonata will be available with both a regular gasoline engine and hybrid system from March. It will release plug-in hybrids of its mid-size Sonata and K5 models next year, the first of their kind in the nation."

Chosun Ilbo is referring to South Korean launches of those vehicles, but there's no reason to believe that Hyundai-Kia wouldn't offer both the PHEV Sonata and PHEV K5 (Kia Optima) in the US.

Both the Sonata and Optima are offered in the US in hybrid trim as of right now.  It's only natural for the next step to be PHEV versions of both of those vehicles.  With the US being the world's largest plug-in market, Hyundai-Kia will surely bring both of those PHEVs to the states.

We suspect it'll be mid- to late 2015 before we see the plug-in hybrid Sonata and Optima on sale in the US.