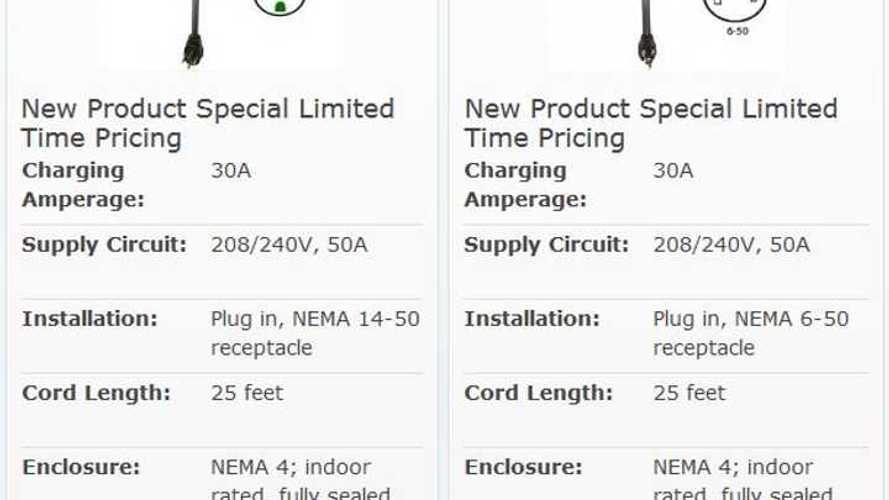 Aside from the plugs, the HCS-40p and HCS-40 are identical.

"Utilizing a plug-in residential charge station can significantly reduce the cost of installation and ownership for our customers. Customers asked for a plug in version of our hardwired 30Amp stations, so the ClipperCreek team responded in record time."

The HCS-40P is available for immediate delivery.

2 months ago, ClipperCreek introduced its non plug-connected HCS-40.  Details on that version can be found here.

If You'd Rather Have the Non Plug Connected HCS-40, Then Here Are the Details on That Version - Need a Holster? ClipperCreek Offers That Too

Video of the ClipperCreek HCS-40 battling a baseball bat: