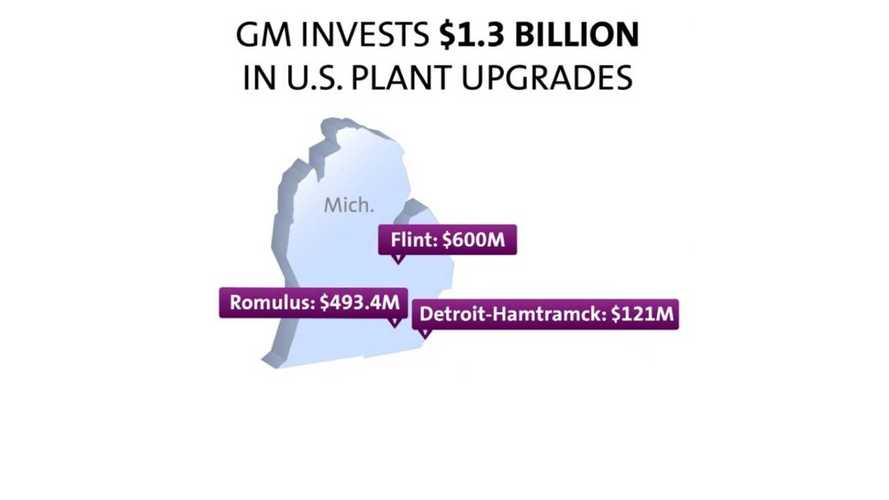 Over the past three years of the Chevrolet Volt's life we have seen a couple price reductions - down more than $6,000 in total to $34,995 - and GM has said there is still yet more to come.

While Most "New Money" Is To Augment and Begin New Production, DHam Money Is Allocated To Bringing Costs Down.

And while the bulk of the savings thus far have come from reductions in the cost of acquiring the Volt's 16.5 kWh batteries and related systems, GM has to now look past the "price per kWh" to ultimately continue to reduce pricing to compete in this very aggressive plug-in segment.

After all, how much could the pack and electric drivetrain actually cost GM at this point when you have Mitsubishi retailing the 16 kWh 2014 i-MiEV from $22,995 and smart valuing the ED's 17.6 kWh battery from $5,010 (retail) to the customer?

Put another way, the costs associate 'around' the electric infrastructure of the Chevrolet Volt are now the most expensive issues...and one that GM is now looking to tackle.

In order to achieve more productivity right across the company, GM has announced $1.3 billion worth of new investments around the country.  And while the bulk of the money (almost $1 billion) is going to two plants for upgrades (Flint and Romulus) and to add a new 10 speed automatic transmission to the lineup (also at Romulus), $121 million is going to the Volt's plant in Hamtramck for something completely different - a "logistics optimization center."

Decoding GM-speak as to what a "logistics optimization center" is, and why does the plant need one:

Basically, General Motors is adding about 450,000 square feet to the plant (bringing it over the 4 million sq ft mark), that would allow parts and products to be stored and sequenced on site for assembly - saving costly transportation and third party staging and storage.

Also part of the plan is extending a railway line off right into the Hamtramck assembly plant from a nearby main line - again saving on transportation costs.  Currently, two warehouses stock and supply production at DHam.

“A lot of waste was driven at that process primarily because we didn’t have the floor space to support all the models we’re currently building in-house."  Ms. McDowell also noted, “We’d see a growth of approximately 50 jobs (next year), and over time that would increase as we grow as a plant.”

GM says the plant upgrade will be completed in August of next year.