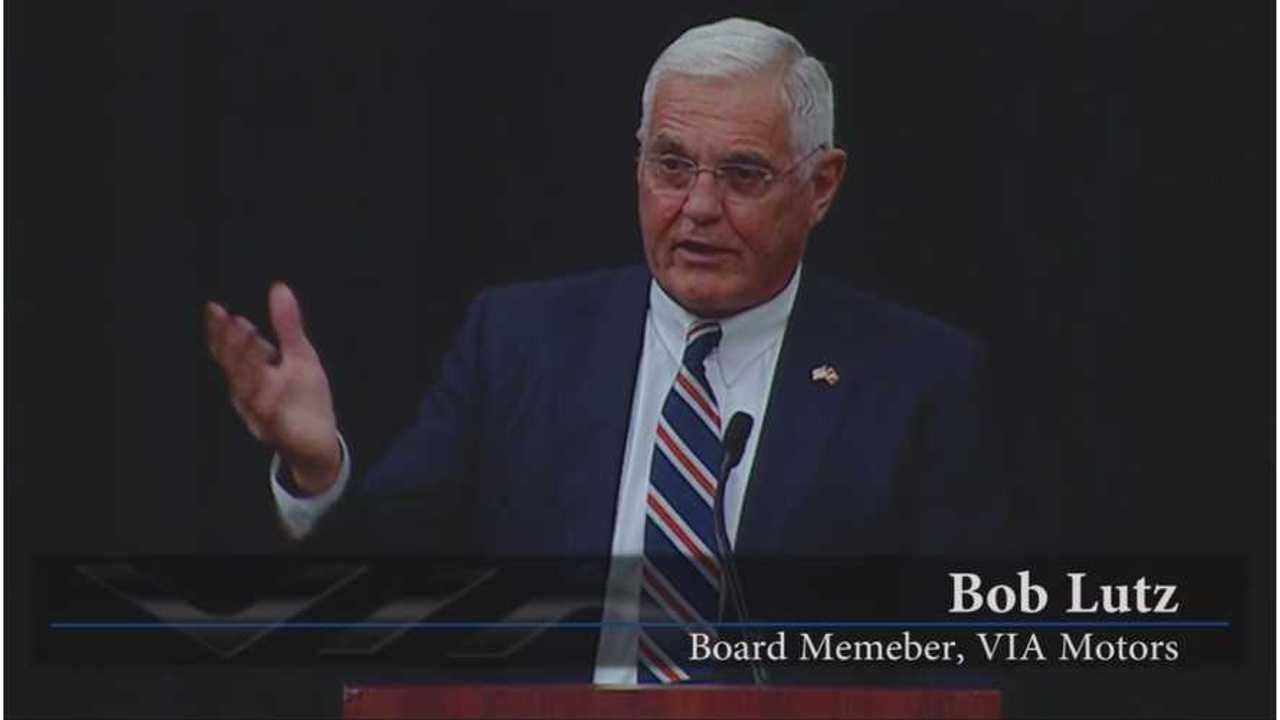 VIA LA Auto Show Press Conference with Bob Lutz from VIA Motors on Vimeo.

During the Los Angeles Auto Show, VIA Motors made some big announcements.

Namely, the start of production of their extended range trucks, as well as debuting a solar tonneau cover that could give the full size truck up to an extra 10 miles of range.

And while we saw the press conference in person, which was headlined by former GM Vice Chairman Bob Lutz at the show, no streaming video was made available of the time of the event - until now. Thankfully, VIA Motors has now made the event available (above).

Also lost in the glitz and glamor of the show was the announcement of John Weber as the company's new CEO - who at the time of this conference had been chief for "just about 4 hours."  John is seen as the "goto" guy for VIA Motors as they transition from being a company that has intentions of being an plug-in automaker to actually being a plug-in automaker.

Previous to leading VIA, Mr. Weber was the CEO & President of Remy International.

Of interest: Remy, as an electric motor supplier, who already has a working relationship with VIA since 2011, as well as with General Motors.  (the company was previously known as Delco Remy)