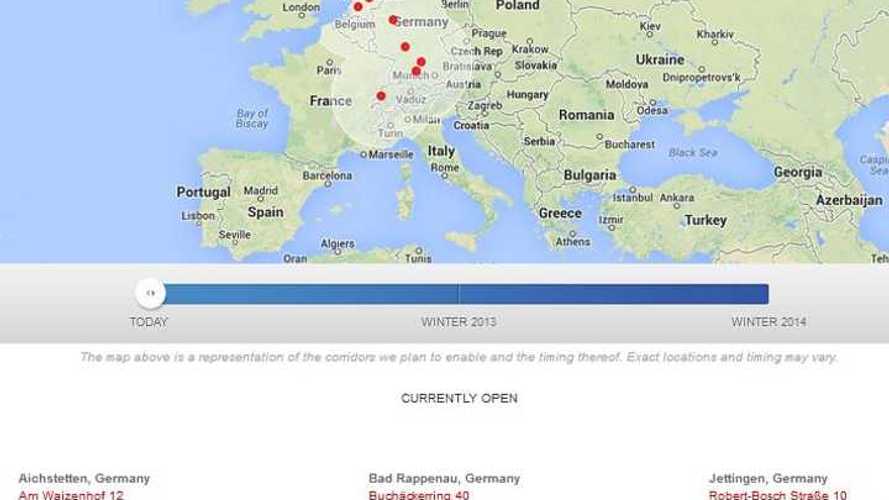 In the wink of a eye, Germany got its first four Tesla Supercharge stations.

Just days ago, there were zero Superchargers operational in Germany.

As Tesla Motors stated on it Facebook page today:

"We've opened our first ‪#‎Superchargers‬ in Germany! These connect major German cities, the Netherlands with Germany, and make traveling from Munich to Zurich easier - all for free!"

Now, 75% of the country is in Supercharge range.

The total number of operational Supercharger in Europe now is at 13.  More sites are expected to come online very soon.

This quote from InsideEVs reader Alok is definitely worth sharing: