Video: Here's How a Tesla Superchargers Gets Tested 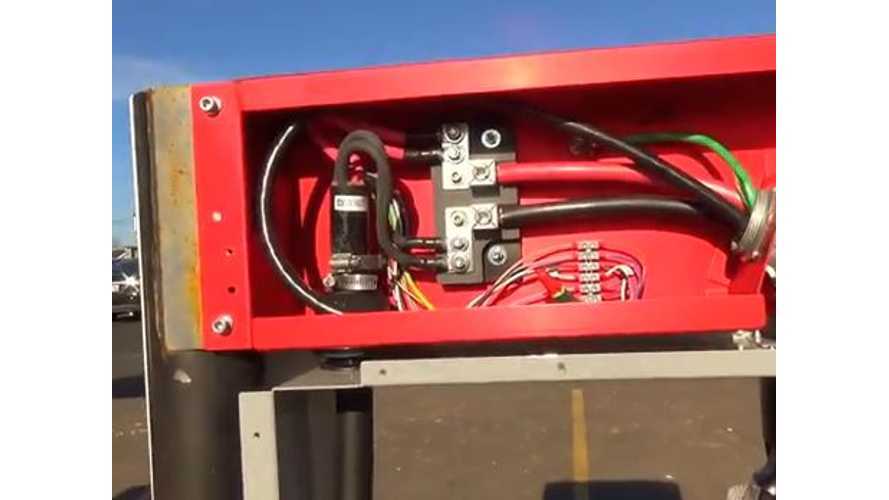 Ever wonder how initial tests are conducted on newly installed Tesla Superchargers?

Wonder no more.  Here we present video of how the testing gets done.  Believe it or not, an actual Model S is used for initial testing, but power is turned down (way down to only 20 kW) just to make sure that no damage is done.

Here's the description posted with this video:

"Well, It's finally done! The VERY FIRST, TESLA SUPERCHARGER STATION IN WISCONSIN! Timing is everything! Met the guys doing the build that were in my previous supercharging video, as well as a few others. Helped them test each station. They took lots of measurements, thermal readings."

Oh, the video shows some of the Supercharger "guts," which we think haven't been on display before, so that's of interest to us too.

(big thanks to Kman Auto for putting this video together)