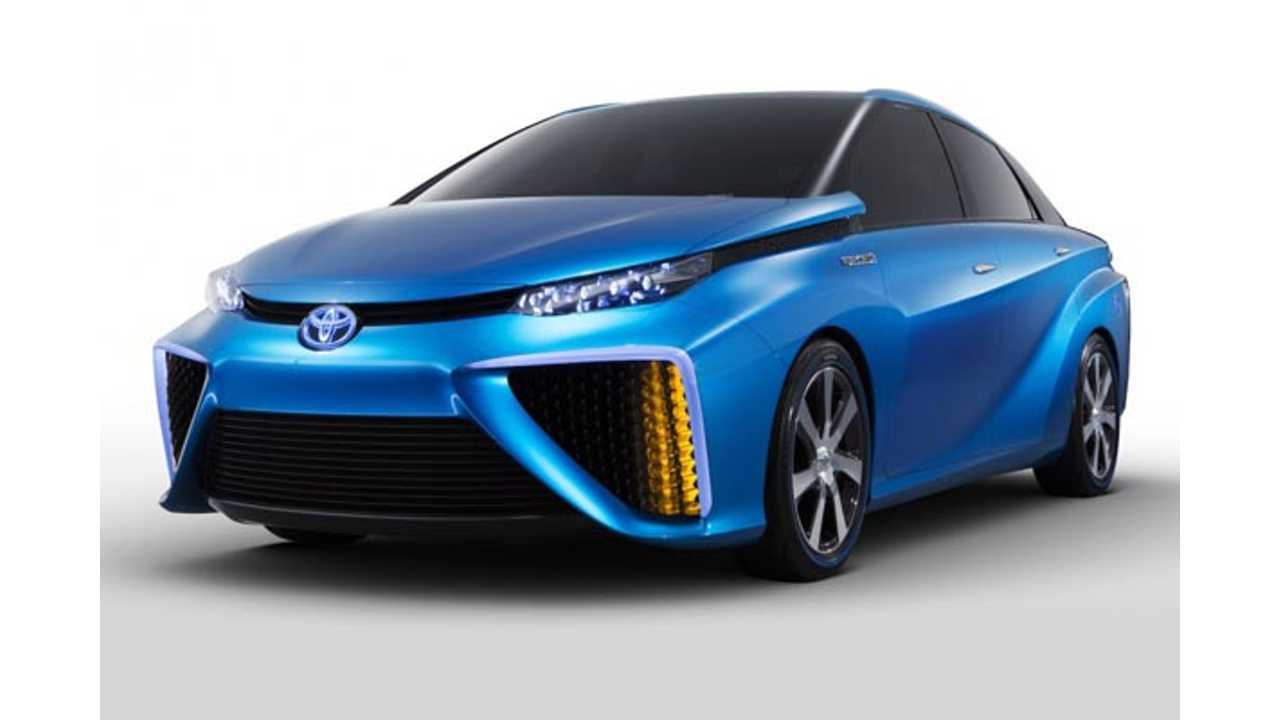 As we see it, that's way too late for fuel cell vehicle to stand a fighting chance against plug-ins.

"Beyond 2020 .... fuel cell cars will be considered just one alternative of the eco cars."

The problem is that Toyota's FCEV is still far too expensive for the automaker to hit the volume of sales it desire.  It's believed Toyota will price its FCEV at ~$75,000 to $100,000.  Few buyers will line up at that absurd price.  It's certain to us that there's no possibility Toyota will hit 10,000 or even 5,000 units sold at the price, especially when the refueling infrastructure is basically non-existent.

Come 2030 or so, when FCEVs reach EV price parity, EVs will have advanced so far and become so mainstream that FCEVs won't compete in the passenger vehicle segment.  At least that's how we see it.