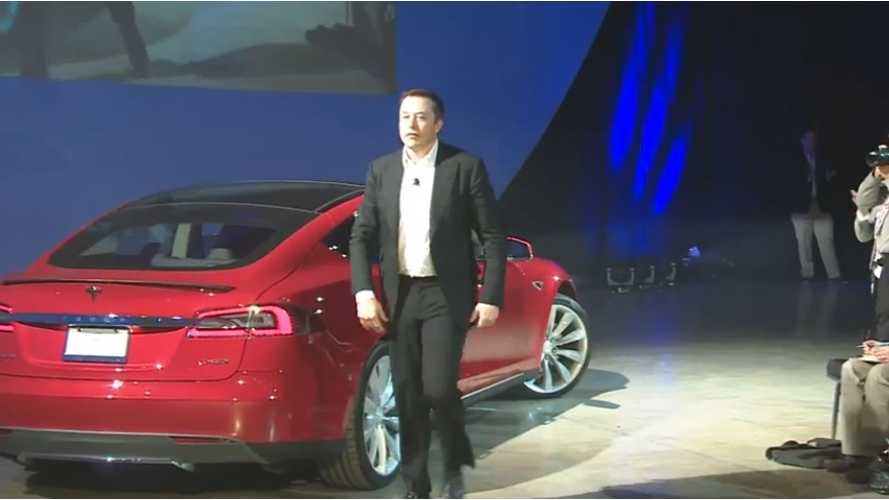 Dell World kicked off on Thursday and there was a couple of big differences this year over previous ones.  The most notable (and impossible to ignore) was the exuberance of Michael Dell over successfully returning Dell to "private" status.

Yupe, We Are Driving To The Stage

The second was the high profile entrance of Tesla and Space X CEO Elon Musk, as he got driven to the stage in a fancy, new red Model S.

And while you can catch the entire video of the event below (Elon Musk's entrance happens at the 48:50 mark) there was one sound bite on Tesla Model S production that we found most interesting.

According to the CEO, it has crested the 600 unit a week level, and is constrained only by Panasonic's inability to produce enough batteries.

Interviewer: How many vehicles are you building at this point?

Panasonic which was our main supplier for the battery cells was able to ramp up by 50%, but it is going to take them a little longer to improve production beyond that.  I mean I expect that our cell supply constraints will be solved probably by the middle of next year, or maybe the 2nd quarter."

Past that Mr. Musk talks about his reasons for getting into the electric car business, and the reluctance of the major automakers to really get into the business, leaving him to believe that without a company like Tesla "we wouldn't see compelling electric cars...not for a long time."

Also, Elon Musk's other company - Space X plays a big part in the conversation as well.  Musk explains during the interview how being a dual CEO of Tesla and Space X at the same time has helped further develop products at both companies simultaneously.

The video also contain a lot of other interesting, yet slightly awkward bits, about Tesla's history and future.