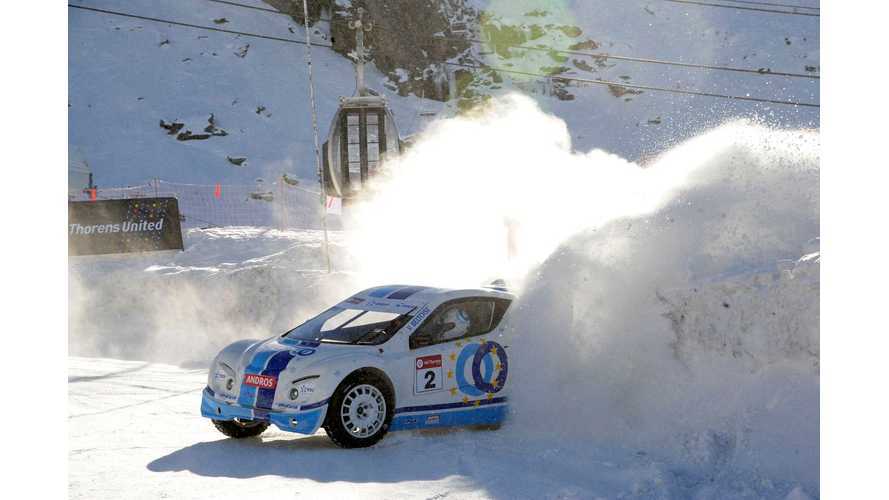 Seeing electric vehicles still isn't common on the streets and so electric racing is basically non-existent.

But over in France, the fifth season of Trophée Andros Electrique championship is getting underway.

This is an all-France winter series with French electric cars provided by Exagon Engineering, fit with French batteries from SAFT, organized in France and with French drivers.

The cars themselves have a 90-kW peak power motor from Siemens, which might not seem to be enough, but since all the cars are the same, the battle can get fierce.

The first of seven rounds was held in Val Thorens. After some set of qualification runs and two races, Christopher Ferrier collected the highest number of points. Ferrier is the series winner from last two seasons.

Typically, 10 cars start every round, but this time the absence of one driver meant that there were only 9.

Two more rounds will be held this year and four in January and February of next year.