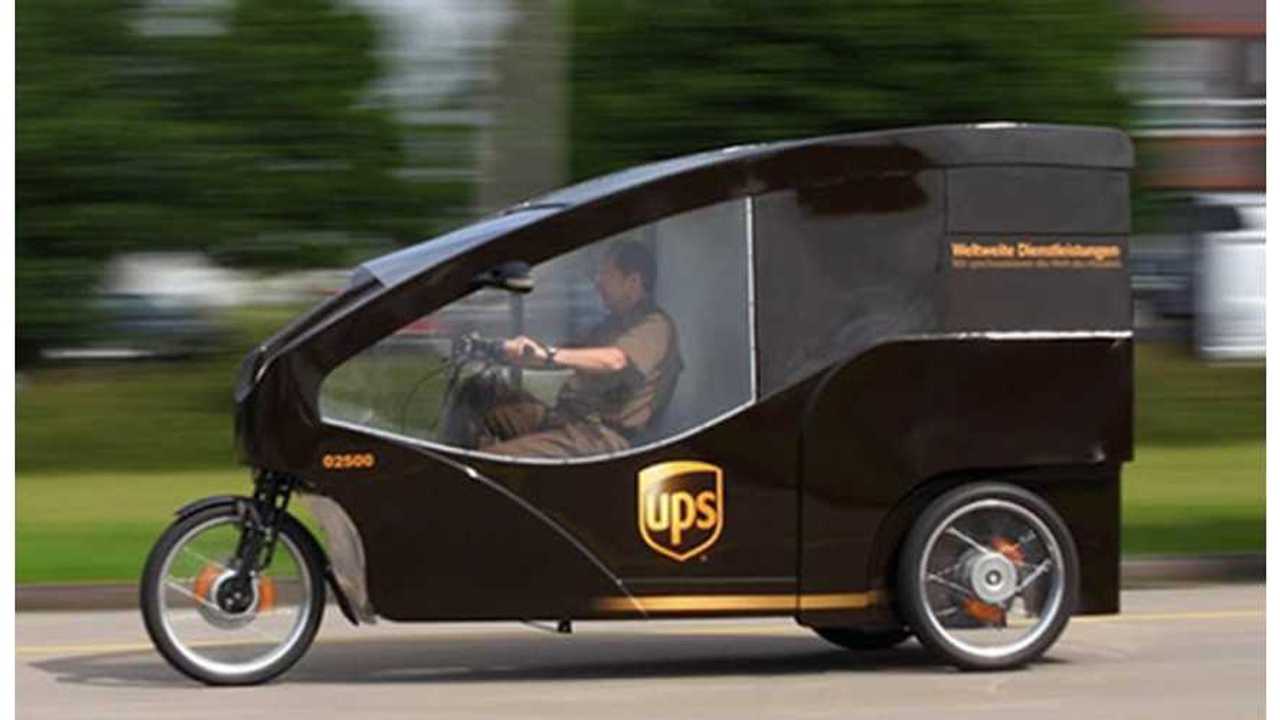 Over in Europe (Germany to be specific), the UPS has been trialing some electric trikes for deliveries within congested cities.

Dubbed the "UPS Cargo Cruiser," the electrically assisted trike allows UPS to get down narrow city streets with ease.

The trike are mainly used for the last few miles of the delivery stage, meaning that packages are delivered to the outskirts of a major city and then loaded on the trike for delivery to the city center.

UPS says the trikes can go for 21 miles of pedal-assisted travel (indefinitely if you choose to pedal when the battery pack hits empty, though we're certain that's quite the chore, especially if there's still cargo on board) and can hit a top speed of 15 mph.  Most importantly, the trikes have 77 cubic feet of cargo space, which is far more than a midsize sedan.

The trikes have been in limited use since 2012.  UPS says the program has been a success and that it hopes to expand its use of these electric three-wheelers to outside of Europe.

You think these three-wheeled electric could work in major US cities?  We don't see why not.