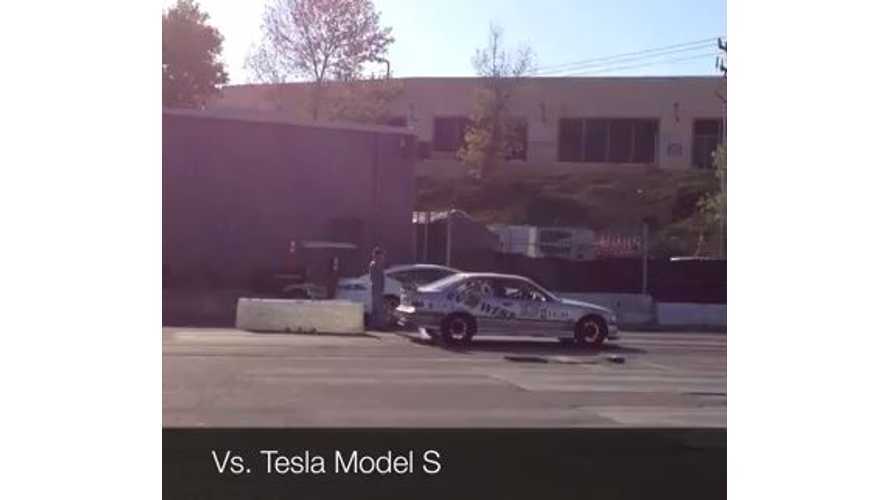 We think it was the goal of EV West to obliterate the competition in the 1/8 mile drag race.  It must've been the goal, because that's what the electric M3 did.

Beating the Model S wasn't what EV West set out to do.  It just so happened that the Tesla showed up.  EV West was out there proving a point: EVs can whip ICE at the track.  And that's what EV West did.  ICE after ICE fall victim to the EV West M3, then that Model S rolls up...