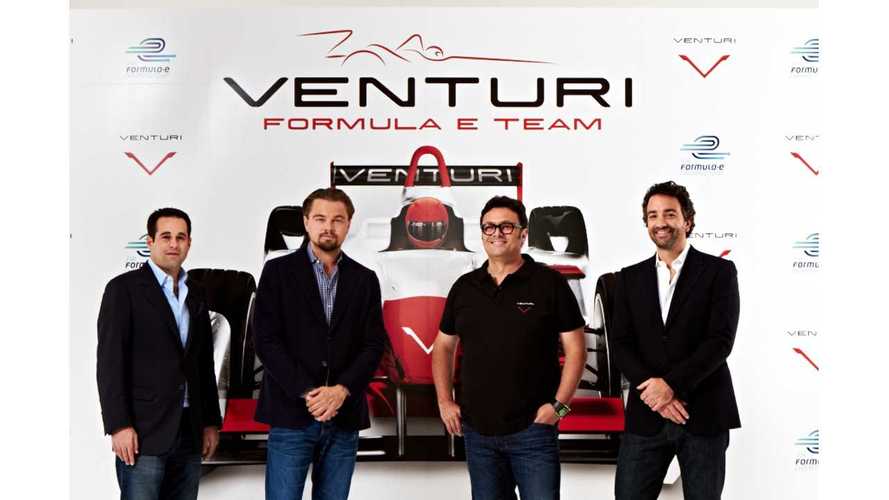 What's interesting with this team is Venturi Automobiles' joint venture with Leonardo DiCaprio.

"Based in Monaco, the new Venturi Grand Prix Formula E Team has been co-founded by Leonardo DiCaprio and Gildo Pallanca Pastor, founder of pioneering EV manufacturer Venturi Automobiles, together with Bert Hedaya and Frances Costa."

"The team is centred around the award-winning Venturi Automobiles, a leader in high performance electric vehicles developing a range of sports, urban and utilitarian cars, as well as being the current holders of the world land speed record for an electric vehicle with 495kph (307mph)."

But the most interesting thing is that from the second season, Venturi Grand Prix Formula E Team plans to become a constructor with is own Formula E racer and own powertrain based on its experience with 3,000hp Venturi VBB-3.

In the first season, every team will get the same Spark-Renault SRT_01E cars, but it will be remarakble to see future races with Formula E racers from Venturi, Tesla, Nissan, Renault, BMW, etc., each with different technology (fingers crossed that all of those listed automakers field their own Formula E racers in the future).

“The future of our planet depends on our ability to embrace fuel-efficient, clean-energy vehicles. Venturi Grand Prix has shown tremendous foresight in their decision to create an environmentally friendly racing team, and I am happy to be a part of this effort.”

“Venturi has been a pioneer in electric high performance vehicles for more than a decade and Formula E gives us the fantastic opportunity to further improve our advanced technologies through motorsport, as well as compete all over the world. It also gives us the chance to be part of a new racing programme with a project that really shares Venturi’s values for clean mobility, innovation in the field of electric propulsion and energy efficiency optimisation.”

“It’s an honour and a pleasure to welcome the Venturi Grand Prix team as the tenth and final team of the FIA Formula E Championship. Gildo is a true pioneer in electric racing. From the desert of Salt Lake to Antarctica, his passion and vision pushes forward the technology barriers of what can be done with an electric car. But Gildo is not alone in this venture. Global entrepreneurs Francesco Costa and Bert Hedaya bring great experience and energy to the team."

"And of course, I want to give a very special welcome to our Championship to Leonardo DiCaprio. Very few environmental leaders have helped more than him to spread the message of sustainability around the world. Having people like him and Richard Branson - global ambassadors for the environment - is a privilege for our Championship and will greatly help us to spread the use of electric cars in cities around the planet.”