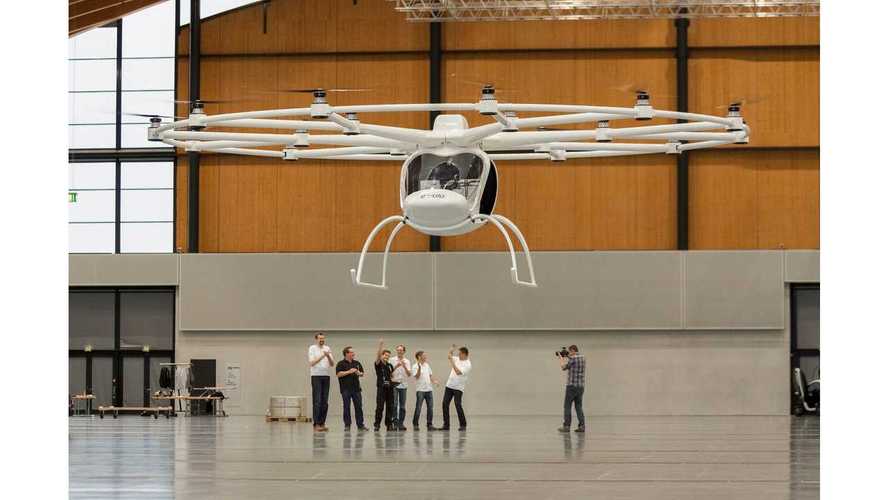 In November, German company e-Volo conducted an indoor maiden flight of a pre-production version of its Volocopter VC200 - an electric helicopter.

This two-seat machine is propelled by 18 electric motors and is controlled by 20 computers. It can fly without a pilot, like it does in the maiden flight where it rises up to nearly 22 m for several minutes.

According to e-Volo, VC200 will have maximum speed of 100 km/h and maximum altitude of 2000 m. Range be over 1 hour of typical flight, but for several hours flying, a range extender version is in development.

A few days ago, e-Volo announced that, in 3 days and less than 10 hours, it raised 1,200,000 euros via crowdfunding on www.seedmatch.de, which is claimed to be a new European record.

Now we wait for the improved VC200 to debut and for its market launch.