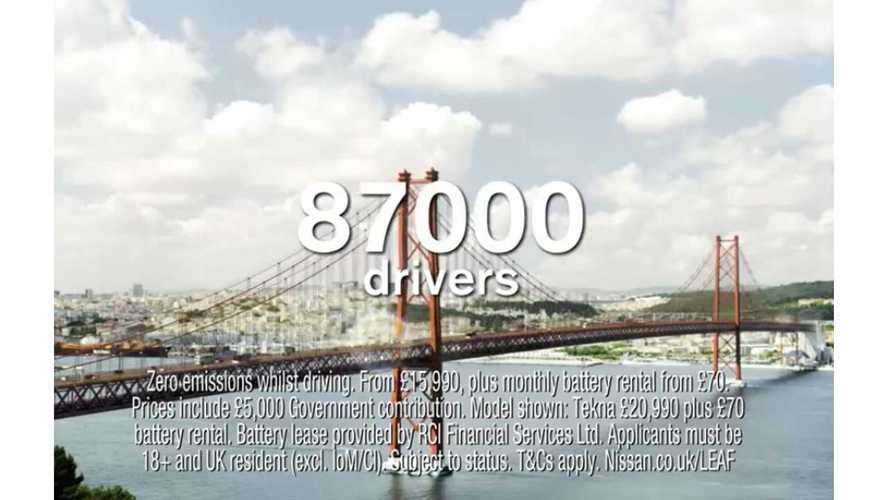 Nissan LEAF GB Promotes The Car And "The Number"

Nissan is ramping up the media anticipation level of being the first automaker to sell 6-digits worth of an electric vehicle as they have produced another in the series of commercials touting sales of the 75 mile EV.

Heading into November, over 87,000 LEAFs have now been sold worldwide, and it appears given the continuation of recent sales trends, the magic "100,000" will fall very early in 2014.

Last month, Nissan sold 2,003 LEAFs in the US, 1,257 in Japan and another 1,200-odd for the rest of the world (but mostly in Europe).  These numbers combined (4,460) bring the LEAF up to a current total of around 91,500 heading into December - which is traditionally the best selling month of plug-ins.