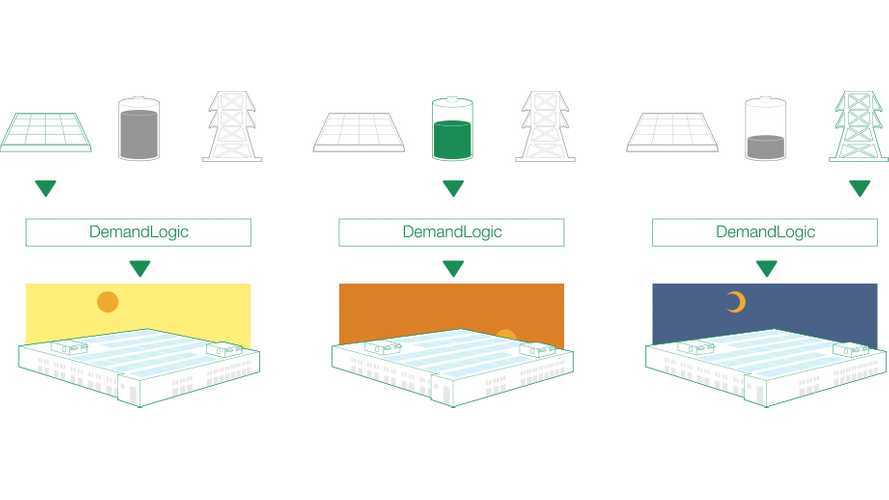 SolarCity storage systems will initially be available in few states

The aim is to reduce businesses’ peak demand and provide backup power during outages with the potential of saving thousands on energy costs.

DemandLogic is backed by a 10-year guarantee that promises that you’ll get the demand reduction that we predict each month or we’ll pay you the difference. The system also carries a full warranty. We cover all repairs and insurance."

The whole system is smart, which mean that a controller is learning and automates the discharge of stored energy to optimize utility charge savings for customers.

“Utilities have altered their rate structures such that demand charges are rising faster than overall energy rates, and businesses are bearing the bulk of those increases. Time is money, but so are control and predictability. Our storage systems can give businesses the tools to address all three—delivering immediate savings, protection against escalating demand charges and optional, grid-independent backup power in case of outages.”

The important thing is that the SolarCity concept requires no change in operations for the business and is fully automated. According to SolarCity:

“We are thrilled to leverage Tesla’s technology leadership in energy storage systems, charging and power electronics to enable this exciting SolarCity launch. The economics and scale that Tesla has achieved in the automotive market now make stationary energy storage more cost effective and reliable than it has ever been in the past. We expect this market to grow very rapidly now that we have crossed this economic threshold.”

SolarCity argues that the utility grid is aging and outages are increasing with 679 major weather-related power outages between 2003 – 2012 in the U.S., including 7 of the 10 costliest storms in American history.

The second argument is that since 2001, electricity usage in the U.S. increased by about 10%, but utility revenues have increased more than 50 percent - in part due to introducing new “demand charges” for businesses.

Anyways, this seems interesting for both SolarCity and Tesla Motors and we look forward to seeing how it develops.