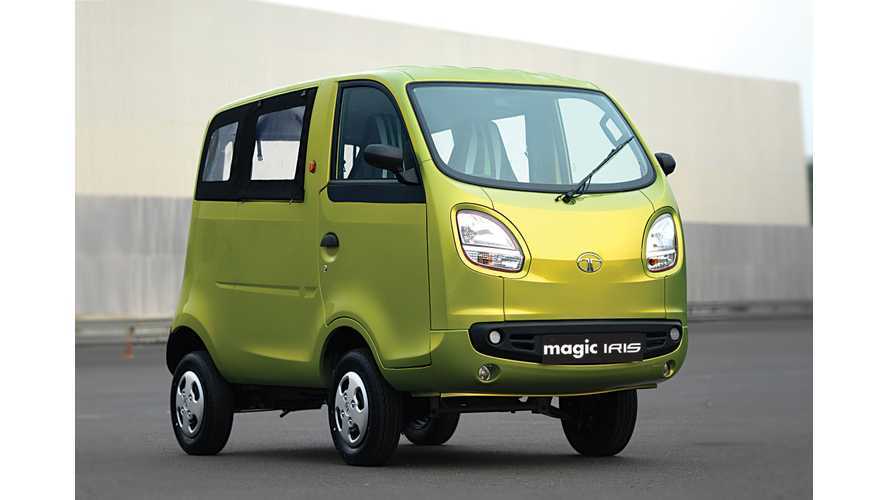 The government in India has dragged its heels for some time now in getting an incentive program in place for electric vehicles.

This heel dragging has meant that only Mahindra Reva took the step of offering an EV for sale there, while other local automakers avoid the plug in.  This situation appears as though it'll change soon.

Both Tata Motors and Maruti Suzuki (both local Indian automakers) are now gearing up to enter the EV segment just as soon as that government incentive is in place.

The Indian government says the incentive will be there in Spring 2014.

ICE Version of Maruti Eeco - Maruti Says This Will Get Electrified

Tata and Maruti haven't fully committed to EVs though.  Both will first take part in an EV trial program before evaluating whether or not they should begin mass production.

On the flip side sits Mahindra Reva.  Mahindra already has its e20 on sale in India.  This EV will be followed by 3 or 4 more electric models bearing the Mahindra badge just as soon as the government get that incentive program going.

It's believed that in April 2014 the incentive will by in full swing.  As for how much will offered by vehicle, that remains a mystery.  We do know that India plans to set aside $3.2 billion US in total for the program, but we don't have a per-vehicle figure, nor do we have details on how the program will work.