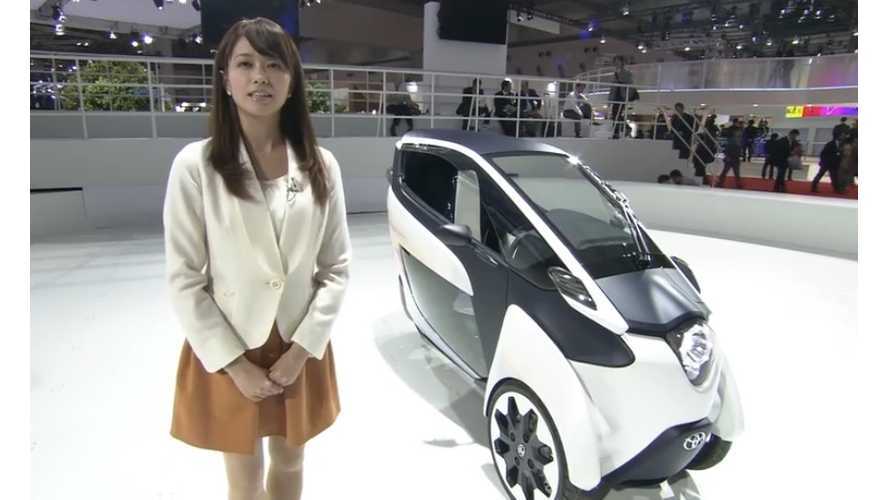 Few electric vehicles are as eye opening as the Toyota i-Road, and even fewer still look as much like a concept-only vehicle as the i-Road.

Yet Toyota announced their supermini city EV is going into limited production for public trials in Japan.

Since that announcement, Toyota has been keen to not only show off the i-Road whenever and wherever possible, but also to have it in motion.

Now the Japanese company files this report and interview with designer - Mr. Yanaka from the Tokyo Motor Show.  But past the talking bits of the clip, we just really like to watch the i-Road in motion.

Some random specs on the i-Road:

It should also be noted that although this video shows the concept 2-seat i-Road in action, the production vehicle will only be a one seater - we have a feeling it has something to do with all that leaning it does, and safety concerns with two people riding on public roads.
++Share