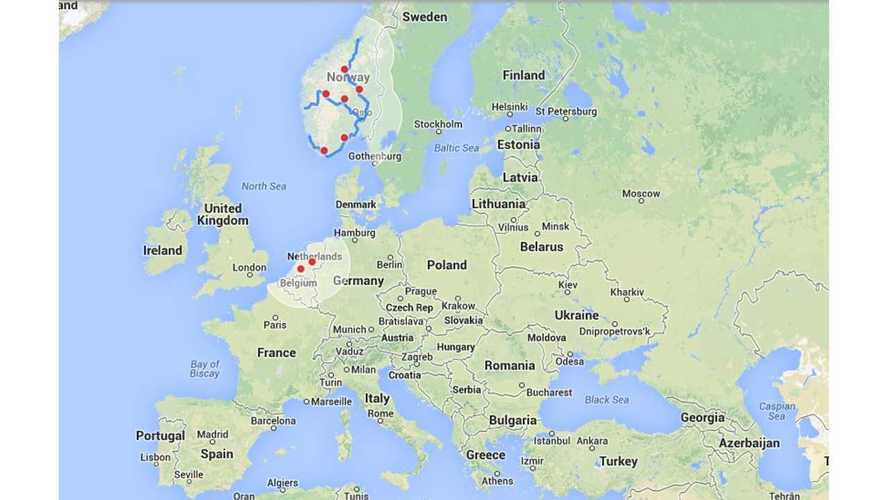 Sometimes, it's impossible to be on time with every bit of news.  Even when its InsideEVs, the website that seemingly never sleeps.

We just released info on the first Tesla Supercharging station in Netherlands on Thursday and now the second one is already online.

The second location is in Zevenaar.  Of course, it's 120 kW of power, just like all Tesla Superchargers.

In a year's time, Tesla should install enough Superchargers to cover (radius of 320 km from a supercharger) 90-100% of the population in the Netherlands, Belgium, Luxembourg, Germany, Austria, Switzerland and Denmark.

1) The new Supercharger in Oosterhout is located along the A27 at Autogrill:

2) The Supercharger Zevenaar stands along the A12 at AC Restaurant: