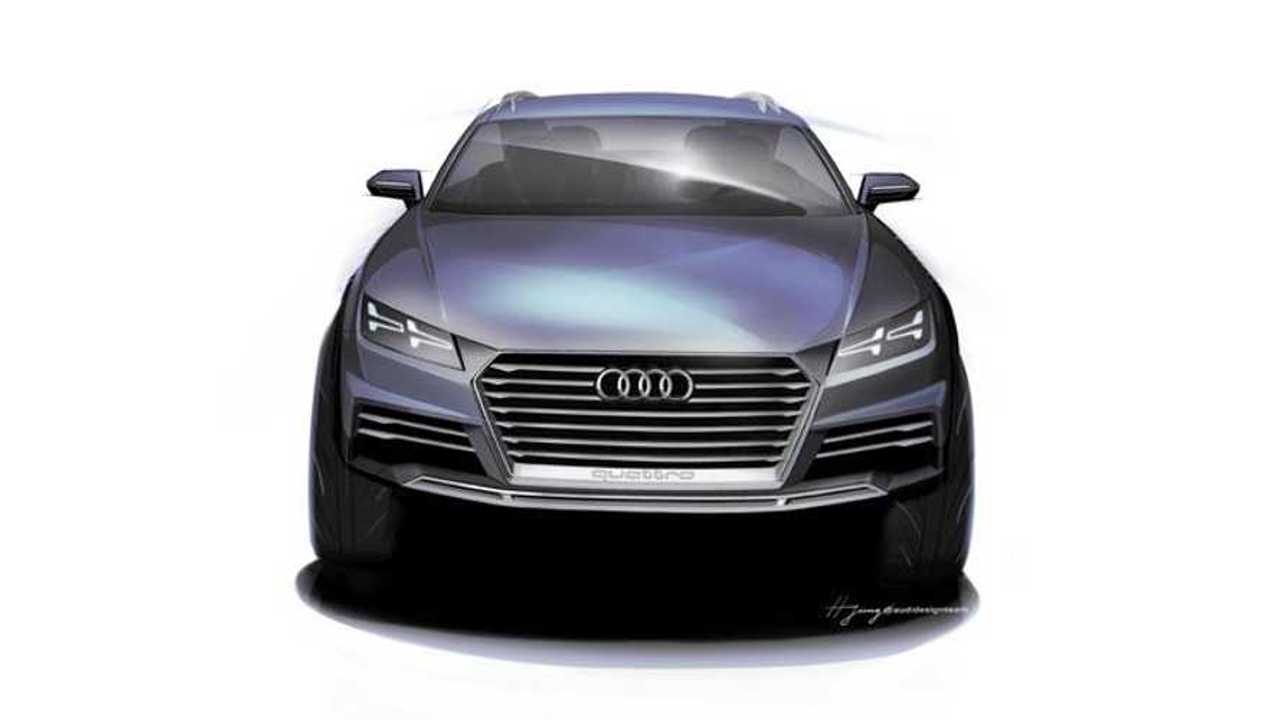 As is almost always the case, German automaker Audi will wheel out a plug in concept vehicle at the next major auto show on the calendar: 2014 Detroit Auto Show (NAIAS).

Audi's habit of showing off a plug-in concept than promptly killing it off seems to be never-ending.

The vehicle to be displayed in Detroit is described by Audi as such:

A Plug-In Crossover With Flair

In typical Audi fashion, there's really no notable specs or information released on this vehicle, so we're just posting this to share the iamges/sketches of a vehicle you'll soon see again when it hits the stage in just over a month in the city of Detroit.

Interior Sketch of Plug In Concept

Sporty, compact and versatile: With these attributes, the new Audi show car is making its debut in January 2014 at the North American International Auto Show (NAIAS) in Detroit. The two-door model with its high ground clearance is a crossover – a car for all roads and tracks, for everyday driving and sporty recreational use.

The show car is a systematic development of the Audi design language. It combines a host of visual elements from future sports car models with the Audi-typical allroad concept and independent “Shooting Brake” body form.

Measuring 4.20 meters (13.78 feet) in length, the Audi has a powerful road stance. Precise and clearly drawn lines as well as geometric surfaces are combined to create a sculptured, clear design form. It is almost as if the outer skin of the two-door car has been modeled from a solid piece, from the Singleframe grille and striking side tornado line to the taut, coupé-like rear. The overhangs are short; the roof line is low and it ends in a strong C pillar. The pronounced horizontal body line and the large 19-inch wheels emphasize the impression of concentrated energy.

The show car is a compelling blend of form and function. The characteristic allroad design features reduce the volume and underscore its offroad character. The aluminum underbody guard at front and rear emphasizes the width and protects the car off road.

Design elements that are typical of e-tron models, such as the ribs in the Singleframe grille and in the side air inlets, fit in harmoniously with the overall design concept. The dual headlights and the honeycomb-structured Singleframe grille indicate the further development of the quattro design language which Audi already presented with its Sport quattro concept show car in September of this year at the International Motor Show (IAA) in Frankfurt.