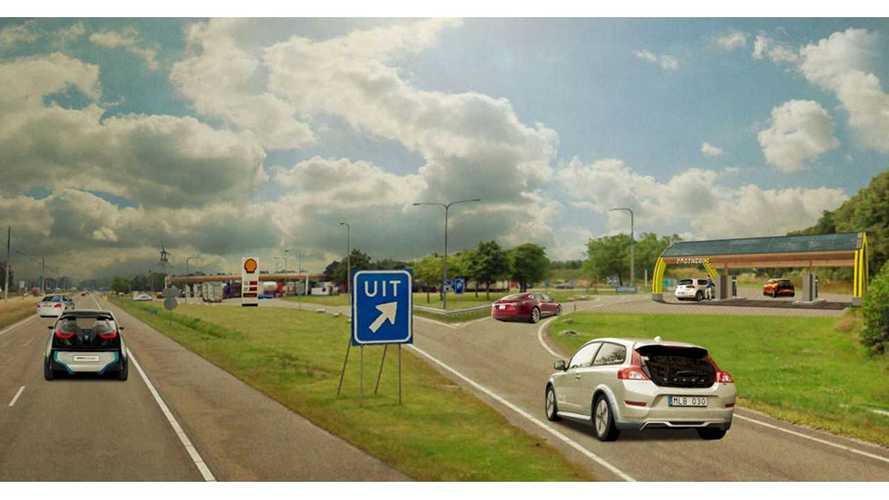 FastNed is beginning to transform the Netherlands into Fast Netherlands, with 200 quick charging stations to be deployed over the next 2 years.

At the official launch of the network, FastNed announced the opening of the 4 first units and stated that it plans to add 1 station every 1-2 weeks on average.

Because building such an infrastructure is costly - €200,000 per station, FastNed will look for investors next year.

"Fastned has started the construction of 200 fast charging stations along Dutch highways. In order to roll out the network a total of 40 million Euro is required in the next 2 years. To this end Fastned will give out certificates of shares of the Fastned Company in the first quarter of 2014. Certificates will cost around 10 Euro and the same conditions will apply to all investors - both small and large. In this way anybody can join us in our quest to build - and become owner of - the infrastructure of the future."

The FastNed network will be commercial, so don't count on free electricity. Quick recharges will be priced at around €10 (we believe €10 flat rate). ABB chargers with power of 50 kW will have CHAdeMO, Combo 2 and probably AC Type 2 plugs, so all cars with a fast charging option can use it.

FastNed evaluates breakeven at about 30,000 EVs stopping for juice every week.

Will this be viable?  It depends on EV sales in the Netherlands. Last month, we reported on 4,500 plug-ins sold in the Netherlands, but a big chunk of those don't have the quick charging option (Volvo V60 Plug-in Hybrid), Teslas will have superchargers with free 120 kW and the Mitsubishi Outlander PHEV's owners probably won't be interested in recharging at €10 for just 20 miles of range when they have on-board back-up.

Anyways, we wish FastNed all the best.