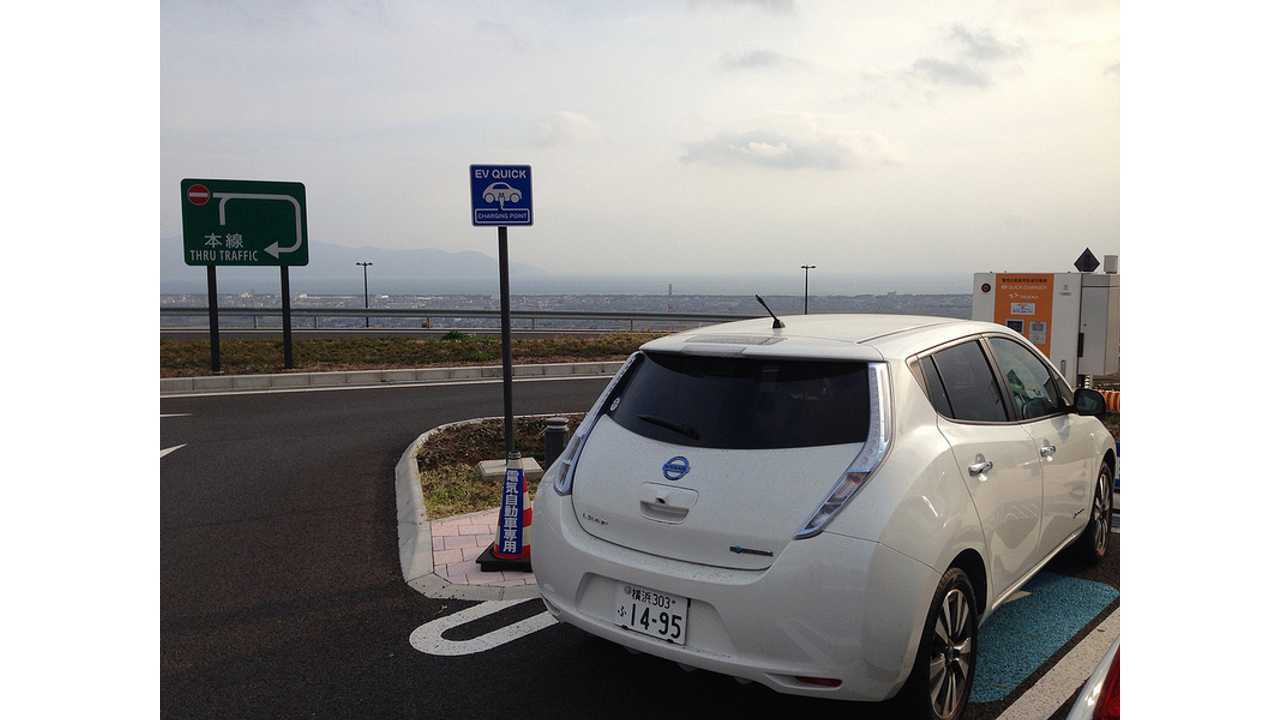 Here is a story a long time in the making.  Someone has been arrested and detained for electricity theft.

You Better Be Careful When Plugging In - Although We Are Pretty Sure These Chargers We Photographed Outside Nissan HQ In Smyrna, TN Won't Land You In Jail

NBC 11 Alive is airing a report on Kaveh Kamooneh, who was at Chamblee Middle School watching his 11-year-old son playing tennis on a Saturday morning, and who took advantage of an open, external 120V outlet for his Nissan LEAF.

According to Mr. Kamooneh, the Chamblee police were soon on the scene.

"He said that he was going to charge me with theft by taking because I was taking power, electricity from the school," Kamooneh said to NBC 11 in Atlanta, while noting he had been plugged in for about 20 minuters, and draining about 5 cents worth of power.

Mr. Kamooneh was not actually arrested at that time, but the attending officer did file a report.  However, eleven days later, two deputies showed up at his house and arrested him.

"I'm not sure how much electricity he stole," said Chamblee police Sergeant Ernesto Ford, but he added that it did not matter.   "He broke the law. He stole something that wasn't his."

Unfortunately for the LEAF owner, that arrest came at 8pm - which meant he spend 15 hours in the DeKalb County jail, and was made to pay a fine.  Mr. Kamooneh does admit he did not have permission, but said that it was a Saturday morning and there was no one present to ask.

So probably not a great decision on the EV driver's part - but the end result might have been a little over the top, especially considering the Police had 11 days to give the infraction a little context.

A poll on NBC 11 Alive's  website asks if "you think the theft arrest for using electricity for a Nissan Leaf was justified? Or Overkill?"

93.3% of respondents said it was overkill.

Check out the whole story at NBC 11 Alive in Atlanta here.  (hat tip to GeorgeK)