BYD: We Need 100 Bus Sales In Europe To Justify a Building a Facility There 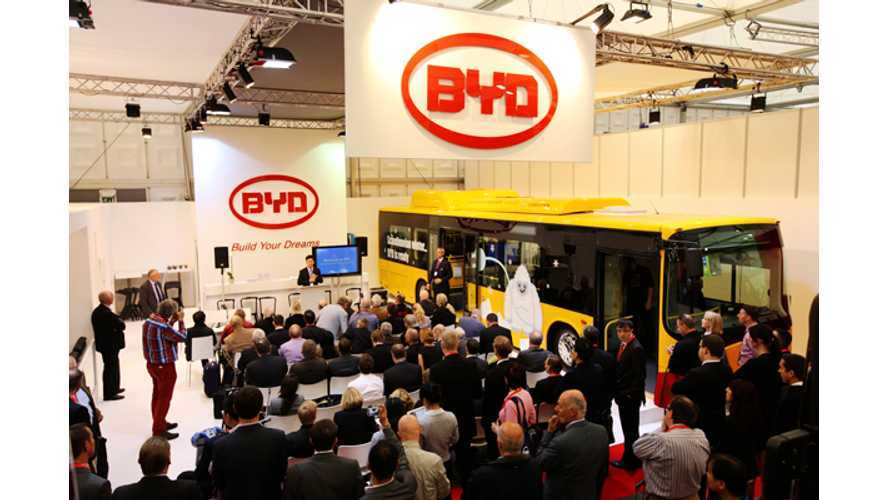 “We need to have around 100 sales in Europe to justify a plant and we believe that day is really near now.”

For now, no decision had been made on the location of the assembly facility, but the Chinese company's EV bus sales are growing step by step.

We recall BYD's largest ever order for 35 units for Amsterdam Schiphol Airport and several smaller orders in Europe, which means that BYD is at least half way to its goal of 100 orders - annually - we believe.

In Chin, the 200 BYD ebus which have been in service since January 2011 had already covered 20 million kilometres (over 12 million miles) by the end of September 2013. This works out to approximately 60,000 miles on average, but we must remember that only part of the fleet has been in service from the beginning.