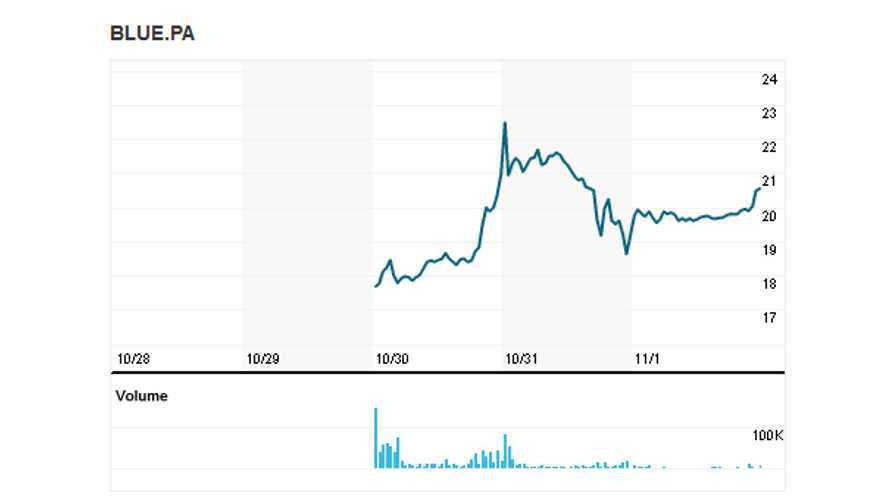 Blue Solutions IPO was hot, but maybe not as hot as this two Autolib's Bolloré Blue Cars

On October 10, Blue Solutions—owned by Bolloré—made its debut on NYSE Euronext in Paris.

The French parent company sold 10% of the shares of Blue Solutions to "raise awareness more than cash".

Blue Solutions is developing and producing lithium-metal-polymer (LMP) batteries, for which it holds over 400 patents. These batteries are used in Bluecars in the Autolib car-sharing scheme in Paris.

According to a Reuters report:

"Blue Solutions has said it has the capacity to produce 10,000 LMP batteries but only expects to make a tenth of that total this year, rising to approximately 6,000 in 2017."

"Since it will not be covering its fixed costs, the group forecasts a loss of about 17 million euros before interest, tax, depreciation and amortization on revenue of 42 million in 2013. It aims to break even in the second half of next year."