Video: Elon Musk Takes to the Stage in Ireland 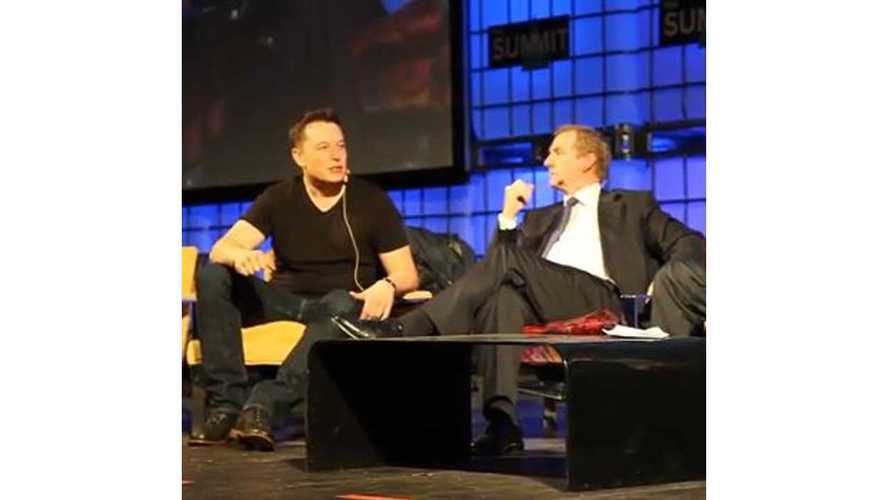 Tesla CEO Elon Musk is making the rounds in Europe.

A trip that started in Germany, followed shortly thereafter by an appearance in London, now finds Elon Musk in Ireland.

Musk arrives in style in a Tesla Model S, as do the others who you'll see on stage in the video.

Those others include Shervin Pishevar of Menlo and Sherpa Ventures and Enda Kenny, the Prime Minister of Ireland.

Unfortunately, Musk doesn't get a lot of air time, but the Henry Ford, Bill Gates, Steve Jobs and every other badass comment makes it worth watching.