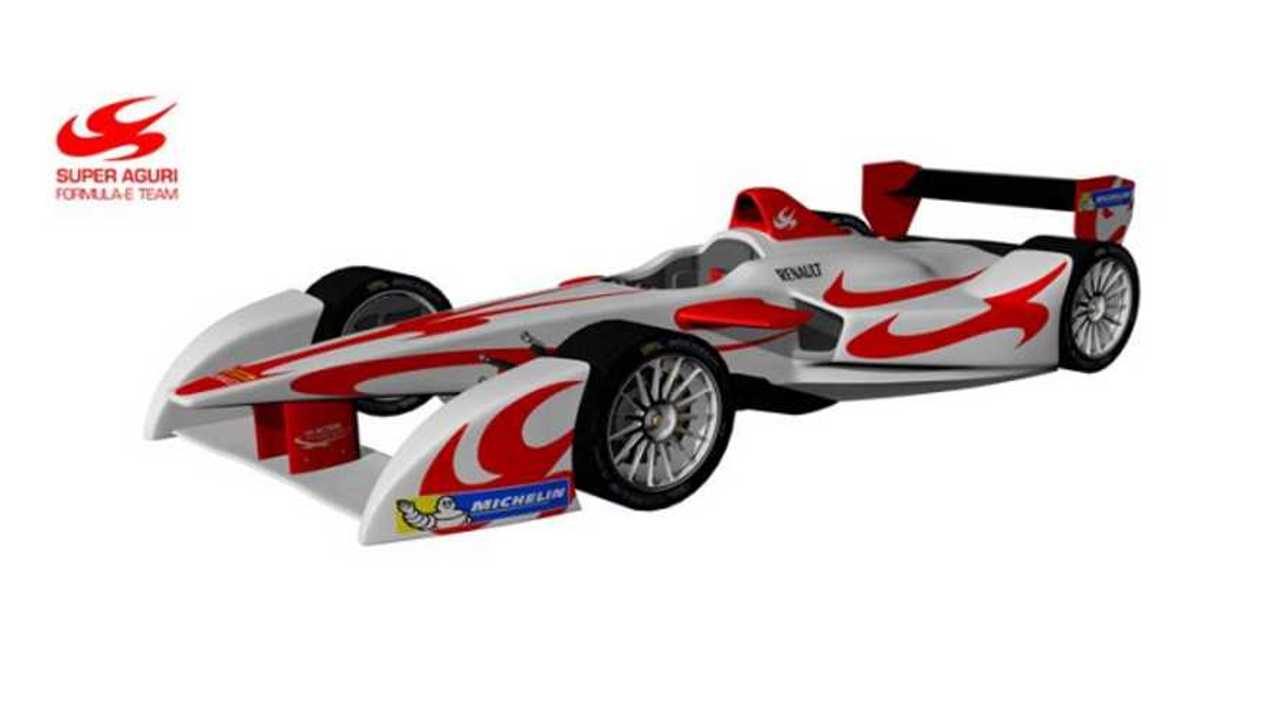 Formula E racer on the Track

Super Aguri becomes the sixth team to join the Formula E Championship racing series that will begin in late 2014.

“Today is a new chapter for the Super Aguri name and I’m proud that our team will represent Japan in the inaugural Formula E series. Zero emissions racing is a progressive concept for the motorsport industry, and after more than 40 years as both a driver and team owner, I see Formula E as a great stride towards the future.

“Japan has always been at the forefront of cutting-edge innovation and technology and our participation in the series will enable us to promote and develop electric vehicle technology not just in our region, but also on a global scale.”

“It’s great to make a return to racing in Formula E. Global trends in connectivity, collaborative consumption and the electrification of drivetrains, support our overall vision to turn mobility into a service, rather than a product, especially in the urban setting, where Formula E races will take place.”

“We’re very pleased to have Super Aguri join the FIA Formula E Championship and to be welcoming yet another high profile name onto the grid. Japan has a long and celebrated motorsport heritage, as well as one of the most prominent and largest car industries in the world, so it’s a real honour to have a Japanese team and we hope this will lead to interest from manufacturers and possibly even a Formula E race there in the future.”

A total 10 teams will participate in Formula E Championship, so there's still four more to go.