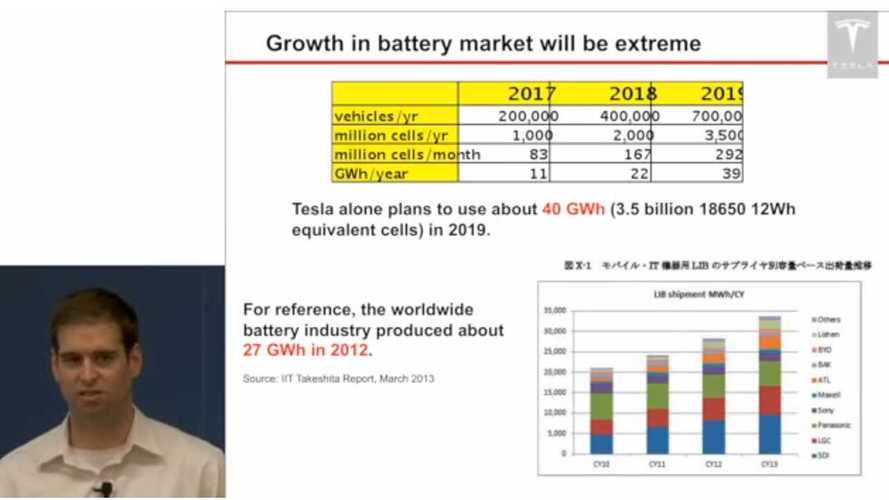 This may not be the newest video out there, but we just happened to find this gem featuring JB Straubel, Co-Founder & CTO of Tesla Motors, at the Energy@Stanford Conference on September 13th, 2013.

It's an exciting presentation, made even more so when we see that future growth of EVs will be extreme.

JB Straubel indicates that Tesla could produce 200,000 electric vehicles in 2017, which need 1 billion cells with a total of 11 GWh of energy. And you know what? This is similar to our own prediction based on the Panasonic deal.  From all this, we must assume 55 kWh on the average Tesla car.

JB Straubel notes that it still will be below 1% of total automotive sales worldwide and that this will not come easy.  In 2012, the worldwide demand for batteries stood at 27 GWh, so someone must triple worldwide capacity for Tesla to be able to achieve its goals.

More interesting stuff is found in the video below: