One Year of Owning a Chevy Volt 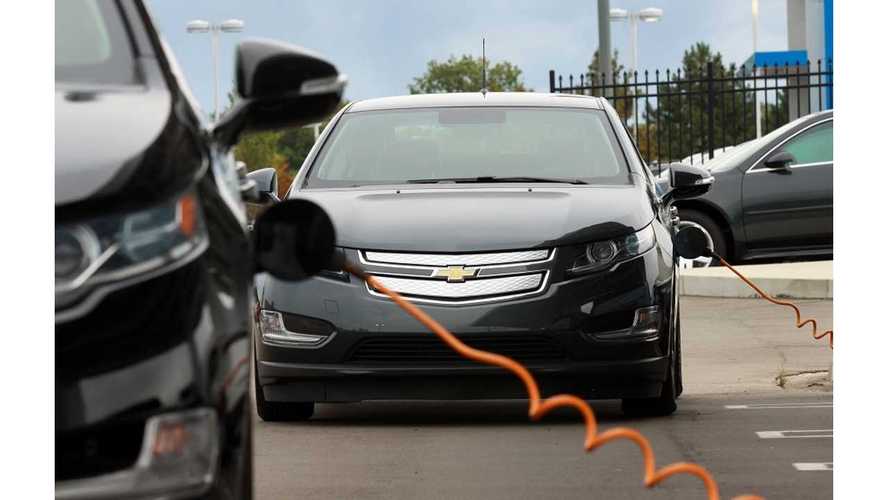 We've all heard countless plug-in vehicle ownership stories from those who own and, of course, love their plug-ins.

But lost in most of those tales is the Chevy Volt.

Since the Chevy Volt (along with all of the other EREVs/PHEVs) itself doesn't require that you make a grand leap to only using electricity, the tale of Volt ownership is often less dramatic than say the Nissan LEAF owner who runs out of charge or who gripes of the lack of availability of public chargers.  That's not to say that all LEAF owners (and all other BEV owners) have grand tales to tell, but the ones that typically make waves in the media are the stories where something goes awry.

This lack of drama is no reason to overlook the Volt though, so here we present a year of owning a Chevy Volt.

Bloomberg BusinessWeek recently posted this Giga OM exclusive and though the story doesn't hold any real surprises, it jives with what hundreds of Volt owners have told us.

*Below is a portion of the text.  The full article can be found by following the source link further down the page:

"It’s hard to believe that it was a year ago when we added a Chevy Volt to our garage. A key factor in that decision was that we were generating excess electricity from the 41 solar panels we put on our house in 2011. With a year of driving and the odometer just over 15,000 miles, would I change that decision? Not for a second."

"...I mentioned prior that we’re the perfect target audience for a Chevy Volt. Why is that? Because we both work from home so there’s no lengthy commute. And when we do have to drive, most of our trips fall into that range of 40 miles or less, meaning we can get around without using gas on most days."

"...Overall, 61 percent of our total miles have been on electricity."

"The average Volt owner typically fuels up every 900 miles or so. In one extreme case this summer, we went just over three months and 2,528 miles on a single tank of gas! It’s pretty amazing when you think about it, but again our driving habits fit this type of vehicle. If you have a 50-plus mile commute and no access to recharge a car at work, I wouldn’t recommend a Volt, although other electric vehicles offer more range that could work."

"I can’t reinforce this one point enough: The Chevy Volt, or any electric car for that matter, isn’t a “one size fits all” solution that works for everyone. For multiple reasons, however, it works really well for us and the only car I can see replacing the Volt is either another Volt or similar plug-in car."