The Toyota Prius PHV Is The Best Selling EV In America For October- And No, We Aren't Kidding 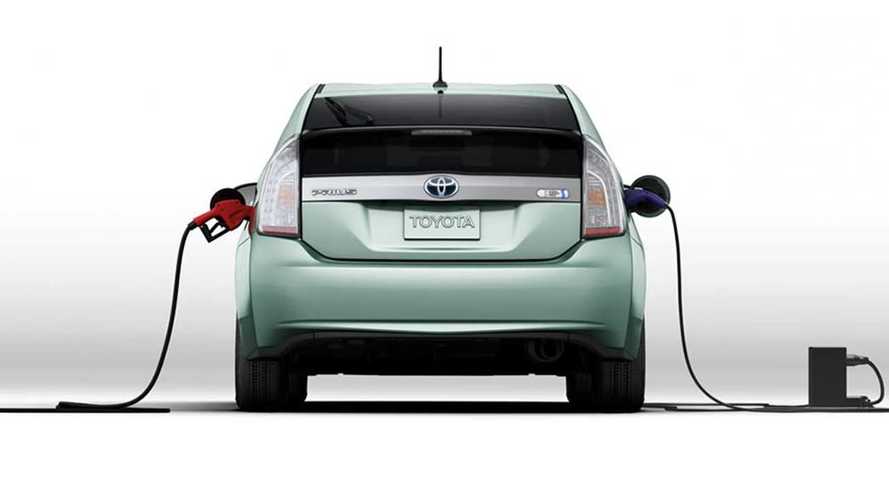 October Sales Certainly Have Been Recharged

Every month we sit down and compile data on all the plug-in vehicles sold in the United States, and so far the same three EVs have won the title each month this year - Chevrolet Volt (3x), Nissan LEAF (3x) and the Tesla Model S (3x)

More Than 2,000 Americans Plugged In A Prius PHV This Month

Well, that trend is over - as the group has expanded by one.  The Toyota Prius PHV now enjoys the same lofty position as its sister Prius does atop hybrids.

Thanks to a considerable reduction in the MSRP of the 2014 Prius plug-in, Toyota sold an amazing 2,095 copies in October, almost double the 1,152 sold in September, narrowly beating out the Chevrolet Volt and Nissan LEAF.

Overall sales of the Prius also crossed the 10,000 threshold, with 10,069 sold, good for a sold fourth place overall.

How much did the Prius PHV come down in price this month?  In some cases as much as $4,620 on the Advanced model, and by at least $2,010 on all models.  That reduction brought the plug-in Prius into the physiological holy land of starting at $29,990...and customers responded in a big way.

What is even more significant than the price drop itself, is that Toyota has broken a long-standing issue with auto makers and their plug-ins - lineup creep.

Looking ahead, can Toyota continue this momentum and build on October's result to stay a top the other players?

Its doubtful, as generally the first month of a drastic price reduction brings about the largest upswing in sales.

As an example, Chevy notched 3,351 sales of the Volt when that EV received a $5,000 haircut.  Also Nissan is shedding capacity restraint problems next month for the first time since the cheaper 2013 model went on sale last March - Toyota would likely have to sell better than 2,500 units in November or December take the crown again in 2013.

In truth, it matters little who ultimately is the top dog; what is more important is that another plug-in vehicle has been met with success.