150-Mile Nissan LEAF Could Become Reality...So Too Could a 76-Mile Chevy Volt 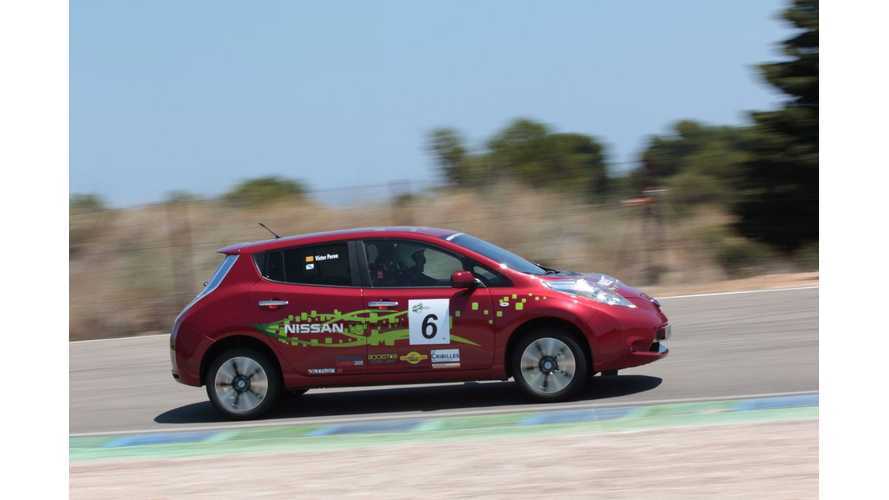 Current LEAF Has 75 Miles of Range, Per EPA

Current Chevy Volt Has 378 Miles of Electric range, Per EPA

Could...That's the only word that matters here.

As has been widely reported now, the Nissan LEAF could get multiple battery sizes someday, one of which could allow it to travel up to 150 miles on a single charge.

If we assume that anything could happen in the future, then we'd have to assume that someday the Chevy Volt could get a battery pack that allows for 76 miles of electric-only range (double the 38 miles listed on today's Volt).

One look at the current generation Nissan LEAF would assure all that stuffing a 48-kWh battery pack within is not feasible without losing some of the back seat or cargo area to kWhs.  This is not an option worthwhile for Nissan to pursue.

So, what Nissan is actually saying amounts to this:

When battery technology improves significantly, the LEAF will be able to go 150 miles on a single charge.

The same could be stated of all of the electric vehicles out there.

So, someday, the Chevy Volt could go 76 miles on only electricity.  It could happen.

But will it?  And, if so, when?  If we go by what the recent rumors surrounding the introduction of 2nd gen batteries into the R8 e-tron say...it could come as soon as the end of next year.