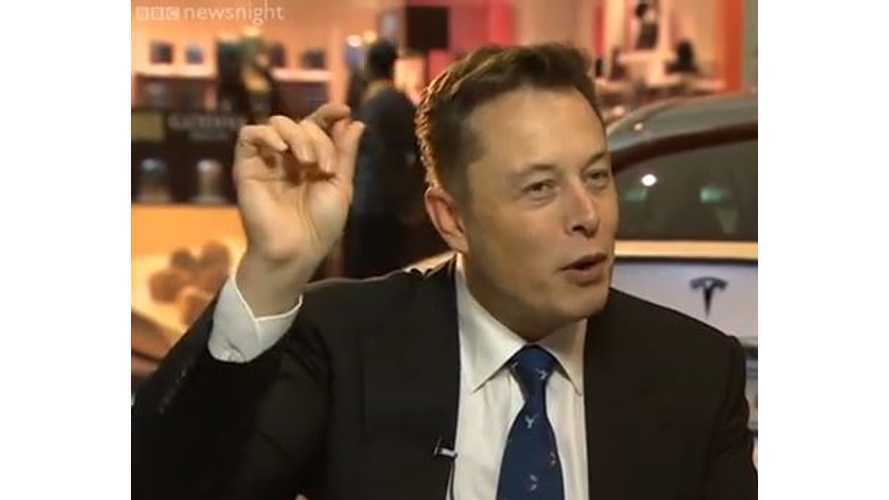 Last week, we posted on the BBC Newsnight interview with Elon Musk in which the CEO of Tesla Motors discussed the whole Top Gear snafu.

This week, the full version of that interview hit our YouTube radar.

It's 6-plus minutes of Elon Musk discussing Tesla, SpaceX, PayPal and some more of that Jeremy Clarkson Top Gear shenanigans.

This particular interview took place after the opening of Tesla's first store in London (which is store #2 in the UK, a market that Tesla will enter with force in 2014).