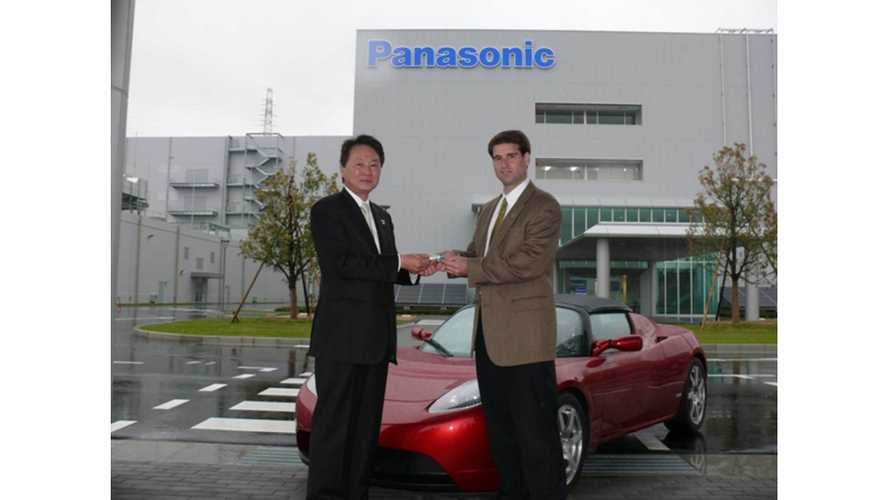 Yesterday, the EV world was electrified by news of the Tesla-Panasonic deal, which calls for Panasonic to supply nearly 2 billion automotive-grade lithium-ion battery cells to Tesla over the course of four years.

Lets think of how many vehicles Tesla could produce by end of 2017 to fully utilize those cells.

First off, we know that by the end of June 2013, Panasonic delivered over 100 million cells for Tesla Model S sedans:

"Panasonic Corporation today announced that shipments of its automotive-grade lithium-ion battery cells for Tesla Motors' premium, all-electric Model S sedan will surpass 100 million units by the end of this month."

We understand that this figure does not account for battery cells used in the 2,500 Roadster and other projects, which easily could amount to 20 million additional cells.

As the end of June, Tesla delivered over 13,000 Model S, so on average there are roughly 7,700 cells per one car - probably less because of the unknown number of vehicles that were produced but not yet delivered.

Perhaps the average is closer to 7,000?  Let's assume this number is close to correct.

There will probably be similar average of cells used in the Tesla Model X, but the Gen 3 Tesla (aka Model E) will likely use 6,000 or less - especially since that cells potentially could store more energy by the time that vehicle is released.

On the second graph we see a scenario in which the ramp-up of Gen 3 come on in 2017 (half of the ordered cells must be utilized then):

How it will all work out, we don't know, but this deal announcement basically states that sales will exceed 100,000 units annually in 2017.  Sales will hit that level if Tesla actually makes use of every cell included in the deal.

Is these targets possible? Or maybe you see it working out in a different way?