Honda To Deliver 40 Fit EVs Per Month Until Balance Of 1,100 Units Are Sold Off 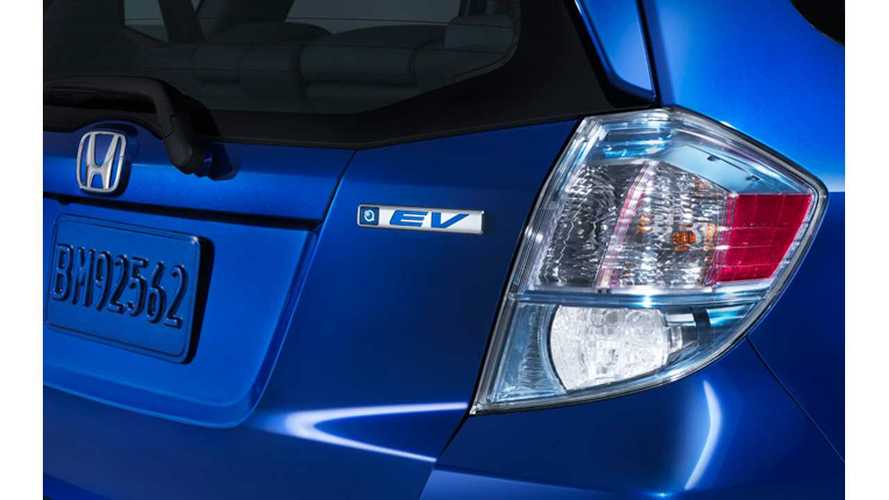 Honda Fit EV Available In These States - If You Are Lucky

When the Honda Fit EV first hit the market, it was welcomed with a collective shrugging of the shoulders by the American public as Honda pretty much underlined it was going to be a strictly a compliance car - and they would only be bringing 1,100 cars to the US.

The Japanese company said the Fit EV would have a staggering MSRP of $36,625 - not that it mattered as you couldn't buy it - it would be lease only.  That lease was for $389/month with nothing down.

Then as the Fit EV's unsold inventory levels started to rise (along with the US consumer's malaise toward the product), Honda flipped the switch on the lease in June, making one of the worst selling EVs into the very hottest.

Of those lease details, what really put customers over the top was the unlimited mileage lease, something unheard of before the announcement.

Instantly the entire Fit EV inventory was wiped out, as Honda sold some 208 units in June.  Since then, very little new inventory has arrived - and what has shown up has moved into customer's hands immediately.

How has Honda reacted to this demand?  Will more cars be made available faster?   More production past the 1,100 cap?

Honda's Japanese factory will continue to only  build very low numbers of the Fit EV each month (much like they do for the FCX Clarity hydrogen car) and ship them to the US at their leisure until the 1,100 unit threshold has been met.  Honda says:

"The Fit EV is available on a limited basis, with continued production of about 40 vehicles per month. Vehicles are allocated regionally and distributed based on demand from dealership-maintained wait lists."

The car is currently available for purchase (if you can find one) in California, Oregon, New York, New Jersey, Connecticut, Massachusetts, Maryland and Rhode Island.  To date Honda has sold just about half (548) of the 1,100 planned for sale in the US, meaning by December of next year the Honda Fit EV will have completed its run.