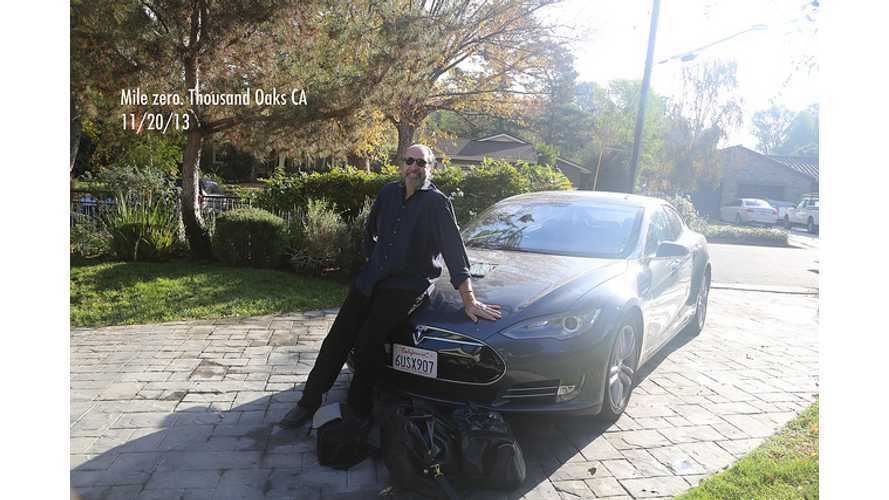 According to Hajjar, the trip took "4+ days" and the cost for fuel was $0.  Hajjar charged only at Tesla Superchargers spread out along his chosen route.  Hajjar's journey was made possible by the recently completed West Coast Supercharger corridor.

Some more photos (below) from the trip!

A Quick Stop In Mexico!

"Filling Up" At Tesla HQ

Finally At Canada - Just As Friendly As Ever!

Photos of the entire trip can be found on Flickr here.