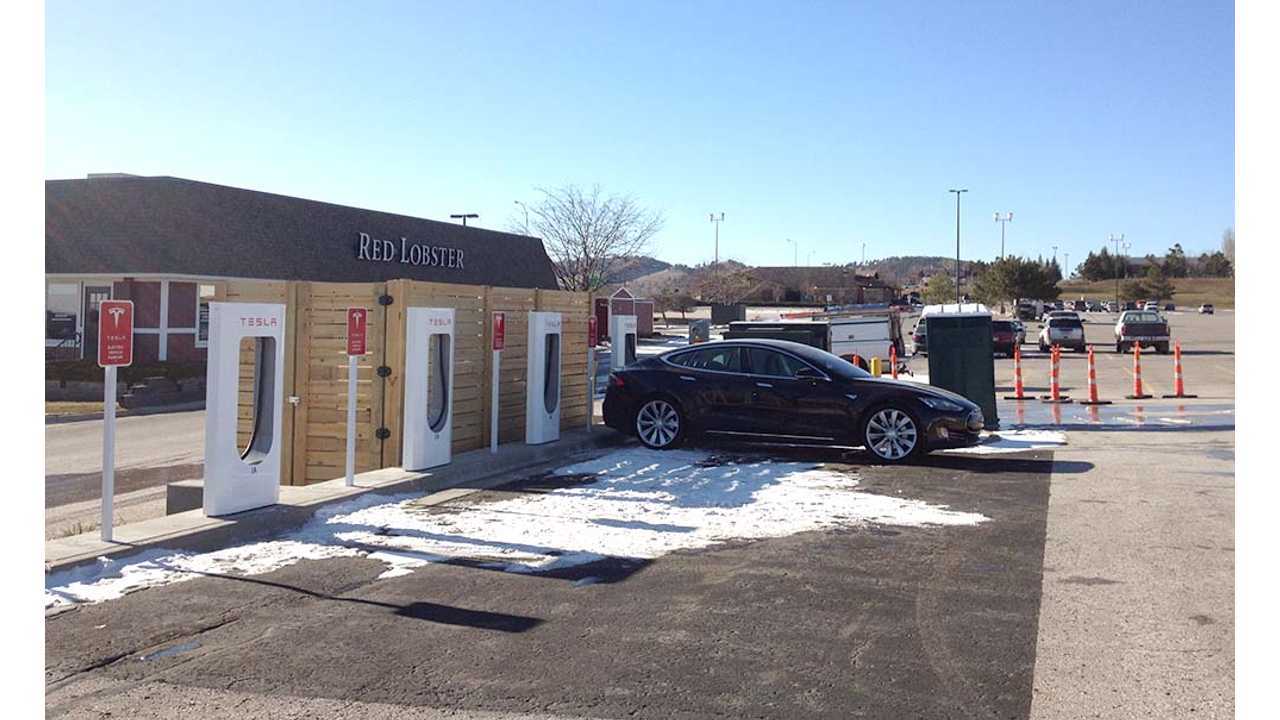 Although not "officially" announced by Tesla yet -or added to their network map (update - it is now), South Dakota can now boast being part of the Tesla Supercharging Network as the chargers went live just a few days ago.

The Superchargers are located in Rapid City, SD at 2200 N. Maple Ave, Rapid City, SD 57701.  As the forecasted demand is not nearly as high as some other, more optimal locations for Tesla, this location will feature just 4 charging stalls.

As you can see from the above picture, the local Red Lobster will now be attracted a more "well-heeled" clientele.  Other places to pass the time while you wait for your Model S to charge include a Starbucks, Texas Roadhouse, Fuddruckers, Olive Garden and the Rushmore Mall.