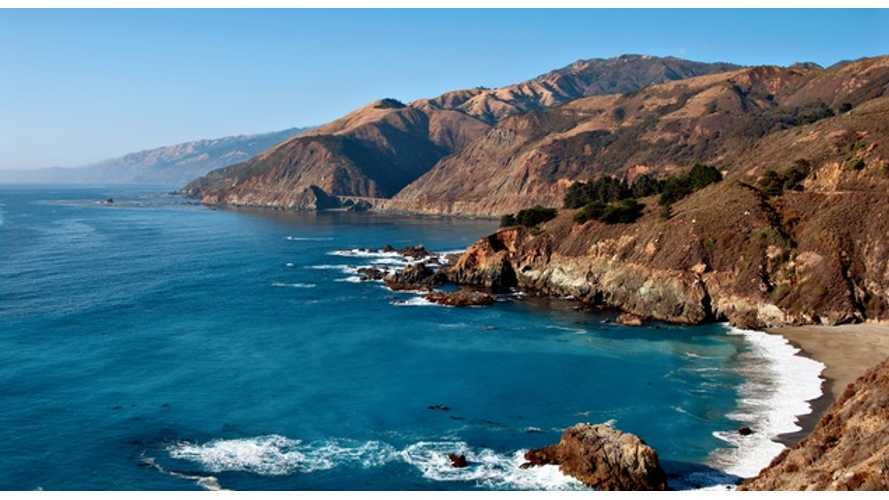 Action Plan is a Go

There are several actions that will be taken in the coming years by the involved parties, but of particular interest to us is the ZEV commitment.

According to the "Pacific Coast Action Plan on Climate and Energy" (PDF link), the 3 states and British Columbia aim to expand the use of zero-emission vehicles with a target set at 10% of new public and private vehicle purchases by 2016.

The governments of California, Oregon, Washington and British Columbia will work together towards this target by supporting public and private fleets to shift to purchasing ZEVs.  In regards to what type of vehicle the private citizen buys, the 3 states and British Columbia have no direct control over that, though various incentive plans will be put in place to encourage ZEV purchases.

West Coast Leaders Commit to Accounting for the Costs of Carbon, Clean Fuel Standards, Other Clean Energy Priorities for Region of 53 Million People

SAN FRANCISCO - The leaders of British Columbia, California, Oregon and Washington signed the Pacific Coast Action Plan on Climate and Energy today, committing their governments, and a region that represents the world's fifth largest economy, to a comprehensive and far-reaching strategic alignment to combat climate change and promote clean energy.

Through the Action Plan, the leaders agreed that all four jurisdictions will account for the costs of carbon pollution and that, where appropriate and feasible, link programs to create consistency and predictability across the region of 53 million people. The leaders also committed to adopting and maintaining low carbon fuel standards in each jurisdiction. In a joint statement, the leaders committed to "meaningful coordination and linkage between states and provinces across North America."

"This Action Plan represents the best of what Pacific Coast governments are already doing, and calls on each of us to do more-together-to create jobs by leading in the clean energy economy, and to meet our moral obligation to future generations," said Governor Inslee. "Each of the governments here is already taking bold steps on climate change; by joining forces, we will accomplish even more," Inslee said.

Flanked by supportive business and labor leaders, the governors and Premier redoubled their commitment to growing the region's clean energy economy. The region covered by the Action Plan has a combined GDP of $2.8 trillion-effectively the world's fifth largest economy.

"Energy is THE issue of our time-both globally and here in Oregon-and no single issue will have a greater impact on our state's economy, environment and quality of life in the coming decade," said Governor Kitzhaber. "The central question is whether we will shape our energy future through intentional investment and development, or whether it will shape us. Working together across the west coast jurisdictions we can build more resilient economies prepared to face the 21st Century," Kitzhaber said.

Under the Action Plan, California and British Columbia will maintain their existing carbon pricing programs along with their respective clean fuel standards, while Oregon and Washington have committed to moving forward on a suite of similar policies. The leaders further agreed to harmonize their 2050 greenhouse gas emission targets and develop mid-term targets where needed to set a path toward long-term reductions.

"California isn't waiting for the rest of the world before it takes action on climate change," said Governor Brown. "Today, California, Oregon, Washington and British Columbia are all joining together to reduce greenhouse gases," Brown said.

The leaders pledged to cooperate with governments and sub-national governments around the world to press for a global agreement on climate change in 2015.

"Taking action to address climate change in our own capitals is an important first step," said Premier Clark. "By supplying cleaner energy and associated technologies to help others reduce their emissions while growing the economy and creating jobs at home, our generation has an opportunity to lead on the world stage. This agreement signals we are ready to innovate and work together to achieve a healthy, strong, and secure future," Clark said.

Business leaders hailed the Action Plan as an important milestone and a boost to efforts for national and international policy change.

"Our company is seeing significant growth on the Pacific Coast, and it is encouraging that the trend is concurrent with this landmark accord," said Steve Clem, Vice President of Skanska USA of Portland, Oregon, one of the ten largest construction companies in the U.S.

"In this time of political grandstanding and gridlock, private enterprises like ours that are trying to do the right thing are pleased by the recognition here that it really is possible to grow the economy, create jobs and still do our part as a region to fight climate change," Clem said.

The Pacific Coast Collaborative was established to address the unique and shared circumstances of the Pacific coastal areas and jurisdictions in North America by providing a framework for co-operative action, a forum for leadership and the sharing of information on best practices, and a common voice on issues facing coastal and Pacific jurisdictions.