In Japan, Mitsubishi Sold Twice As Many Outlander PHEVs Than i-MiEVs 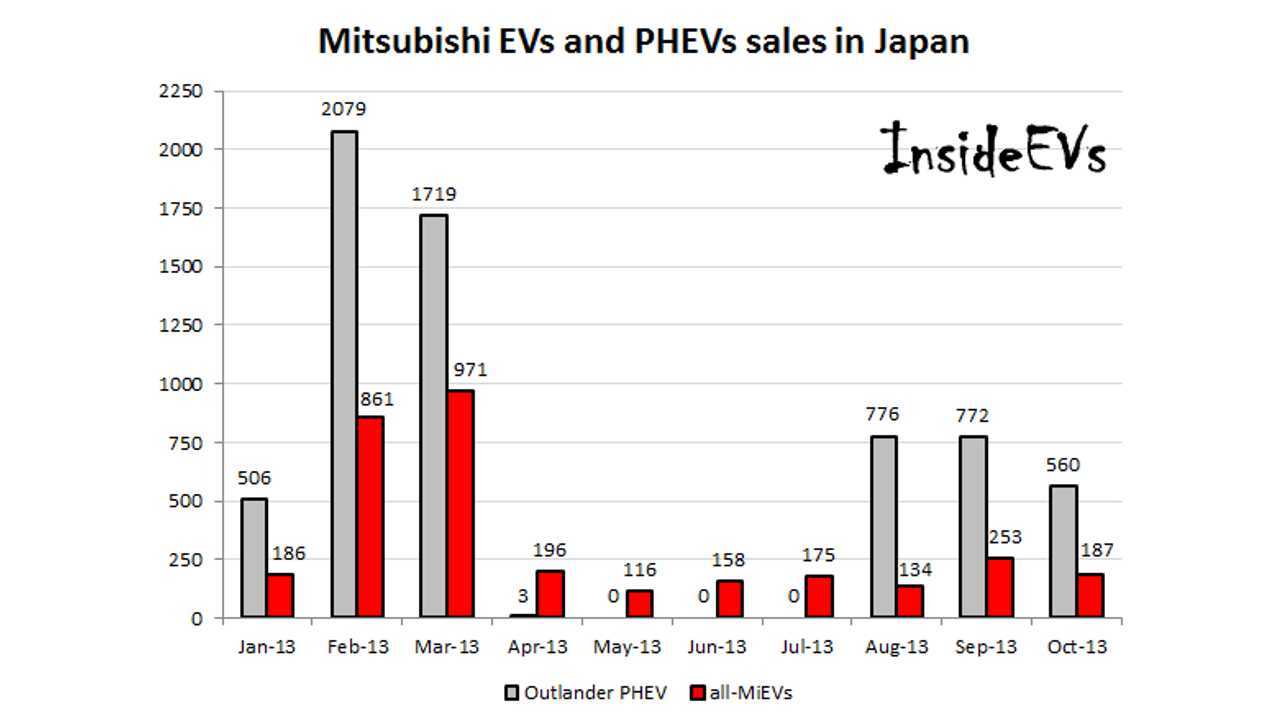 The Mitsubishi Outlander PHEV is an interesting SUV that entered the Japanese market in January this year. Thanks to its 12 kWh battery pack, it cango over 20 miles in all-electric mode in the real-world (32 miles according to Mitsubishi). This is the first PHEV with quick charging capability via CHAdeMO - not so important when we have ICE-backup, but perhaps it's useful.

Outlander PHEV sales quickly reached a level of 2,000 units a month in Japan, but then battery problems hit Lithium Energy Japan and GS Yuasa, so sales were suspended for about four months.

Despite this break, Mitsubishi sold after 10-months almost 6,500 Outlander PHEVs in Japan. This is roughly twice the amount of pure electrics (i-MiEV and both commercial and truck versions of Minicab-MiEV) sold by Mitsubishi in Japan this year.