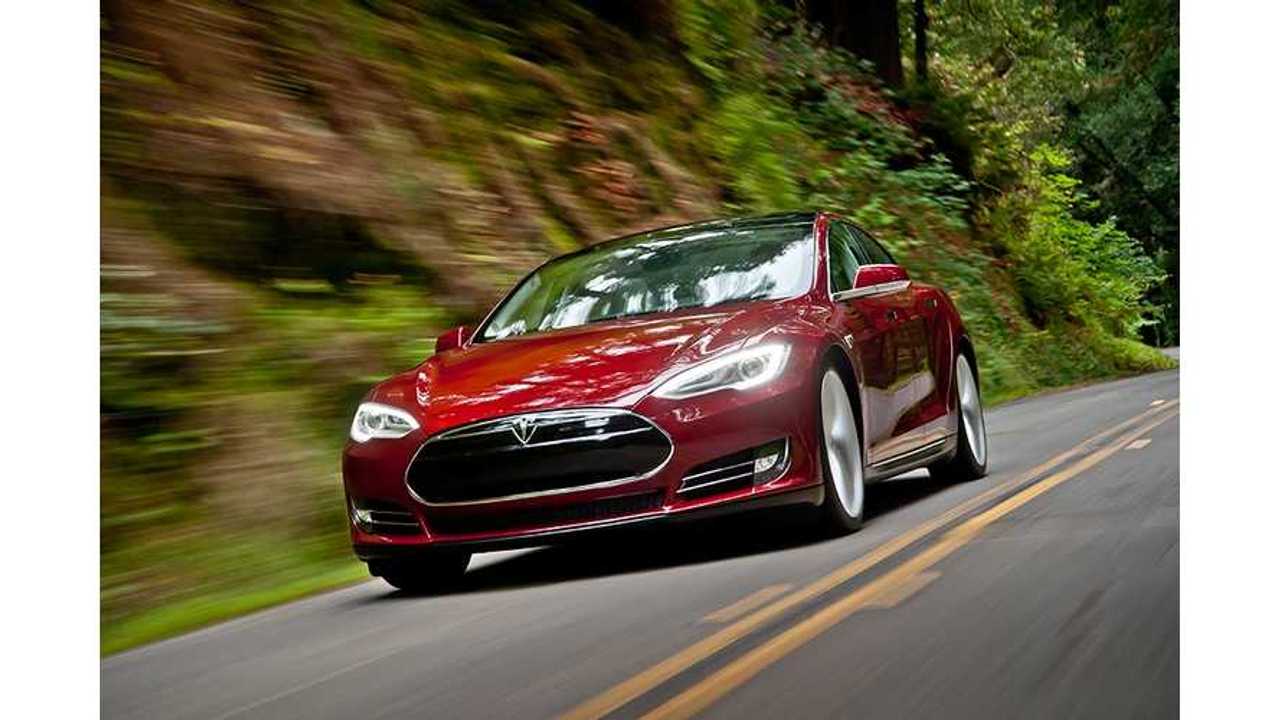 Consumer Reports has published its latest "Annual Auto Reliability Rankings" and the car that scored a unprecedented 99 out of 100 initial rating, now also has a "recommended" rating when it come to reliability as well - the Tesla Model S.

"The Tesla Model S electric car performed well enough in the survey to earn a Recommendation from CR for the first time. CR gathered data on more than 600 2012 and 2013 models."

Interestingly, Consumer Reports found that early 2012 Model S owners were experiencing far less flaws with their cars as compared to the 2013 model.  Perhaps the pains of mass production for the small auto maker from California has shown itself in build quality?

"Owners of the 2012 model reported very few problems, although 2013 owners reported quite a few more. Problem areas included wind noise, squeaks and rattles, and body hardware (including the sunroof, doors, and locks)."

Overall, the Japanese brands continued to dominate the list of overall reliability, but CR noted that grasp may be slipping as auto maker such as GM (seriously, GM) are starting to show year-over-year improvements.  GMC was ranked 9th overall this year.  Overall, . Lexus, Toyota, and Acura captured the top three spots, with Audi coming in 4th.

As for other plug-ins and hybrids of note most did well.  The Nissan LEAF scored in the top of its class, as well as perennial favorite Toyota Prius (although sister Prius PHV finished lower in the Toyota stable).

Consumer Reports did go out of its way to stress that Ford's Fusion and C-Max Hybrid and Energi models did not fare well, "...of the 31 Ford models in Consumer Reports' survey, only one, the F-150 pickup with the 3.7-liter V6, was above average."

Consumer Report's Press Release (below) on the Reliability Rankings

YONKERS, NY, Oct. 28, 2013 /PRNewswire-USNewswire/ -- Japanese brands have historically been known for building some of the most reliable vehicles in the world. But Consumer Reports 2013 Annual Auto Reliability rankings show that some other automakers-from Europe and the U.S.-are also capable of building reliable vehicles. Audi, Volvo, and GMC captured three of the top-10 spots in the survey this year.

Survey results were released at a press conference today before the Automotive Press Association in Detroit.

Three Japanese brands, Lexus, Toyota, and Acura captured the top three spots in the survey, which was conducted by the Consumer Reports National Research Center. The survey is believed to be the largest of its kind; findings are based on CR subscribers' experiences with 1.1 million vehicles. Consumer Reports uses the survey data to compile reliability histories on vehicles and predict how well new cars that are currently on sale will hold up.

For more than a decade, Japanese brands have had a lock on most of the top spots in the survey. It's been rare for a European, Korean, or U.S. carmaker to achieve anything higher than seventh or eighth place.

But Audi, which has shown steady improvement in vehicle reliability during recent years, moved up four places this year to finish fourth overall-the top European manufacturer in the survey. Three Audis, the A6 sedan, Q7 SUV and Allroad wagon, have "much better than average" reliability. Volvo jumped 13 places to seventh. GMC emerged as the top domestic brand, finishing ninth-three places higher than last year. Moreover, every model from Audi, GMC, and Volvo, for which CR has data, earned an average or better reliability score.

The top predicted-reliability score went to the redesigned 2014 Subaru Forester SUV, which hadn't been on the market for very long when CR conducted the survey. The Ford C-Max Energi plug-in hybrid got the worst score, and the regular C-Max Hybrid wasn't much better.

General Motors fared better than other domestic brands. In addition to GMC, Buick climbed nine slots to 12th place over last year. All Buicks except the V6 LaCrosse were average or better. The only dark spots for Chevrolet are the Camaro and Cruze, both of which earned below-average reliability scores.

Japanese brands took seven out of the 10 top spots in the survey. Nissan sank to 22nd among the 28 brands in the rankings. As a group, the nine Japanese brands in the survey still produce a remarkable number of reliable cars. Of the almost 100 models, 90 percent were average or better and almost a third of them received top marks. Ten of those highest scorers were Toyotas. Of the eight Lexus models in CR's survey, six got top marks. All Lexus and Acura models earned an above average reliability score while all Infiniti, Mazda, and Toyota models earned an average or better reliability score.

Two popular models, the redesigned 2013 Honda Accord V6 and the 2013 Nissan Altima, scored too poorly in the survey for Consumer Reports to continue Recommending them. Last year, CR had predicted that both vehicles would have at least average reliability.

Mazda slipped from fourth to fifth. The redesigned Mazda6 debuted with above-average reliability. Subaru and Scion, which also typically rank well in reliability, were torpedoed by their twin sports cars, the Subaru BRZ and the Scion FR-S, which scored below average. This dropped Subaru to 10th place, from last year's fifth. Scion, for which CR had only two models with sufficient data, sank from first place to 11th this time.

In many cases, the survey revealed touch-screen infotainment systems have been buggy, with frustrating screen freezes, touch-control lag, or a reluctance to recognize a cell-phone, an MP3 device, or a voice command.

Hybrids and electric cars continue to do well. The Toyota Prius, Lexus ES 300h, Toyota Prius C, and Honda CR-Z hybrids, as well as the Nissan Leaf electric car, were among the top models. Ford's C-Max and Fusion hybrids were the only exceptions.

The Tesla Model S electric car performed well enough in the survey to earn a Recommendation from CR for the first time. CR gathered data on more than 600 2012 and 2013 models. Owners of the 2012 model reported very few problems, although 2013 owners reported quite a few more. Problem areas included wind noise, squeaks and rattles, and body hardware (including the sunroof, doors, and locks).

Of the 31 Ford models in Consumer Reports' survey, only one, the F-150 pickup with the 3.7-liter V6, was above average. Seven achieved an average score. Ford's challenges don't end with the historically problematic My-Touch systems. Several EcoBoost turbocharged V6 models have poor reliability as well. Almost two-thirds of the 34 Fords and Lincolns in our survey got scores that were much worse than average.

Chrysler is still below par overall, but a bright spot is the very nice Chrysler 300 C which scores above average-last year it was the company's most troublesome vehicle. Unfortunately, some of Chrysler's most reliable models, such as the Jeep Compass and Patriot SUVs, didn't score well in Consumer Reports' testing, while the better performing 2014 V6 Jeep Grand Cherokee has fallen well below average reliability.

In recent years, Hyundai and Kia were beginning to challenge the Japanese at the top of Consumer Reports' reliability rankings. In 2011, they scored well ahead of Detroit and most European companies. But they slipped a bit in the 2013 survey, with Kia ranking midpack and Hyundai sliding to 21st place.BMW and Mercedes-Benz remained around midpack among all brands. Most models from those German badges are average or better, with each company having a few problem children: the BMW 335i and turbocharged six-cylinder X3, and the diesel-powered Mercedes M-Class. Volkswagen, which turned in a middling performance, was especially hampered by the trouble-prone Beetle, GTI, and Touareg. All three Minis in our survey made a very poor showing.

Video (below):  Consumer Reports on initial 99 out of 100 rating