The Atlantic: Is Elon Musk the "Greatest Living Inventor?" 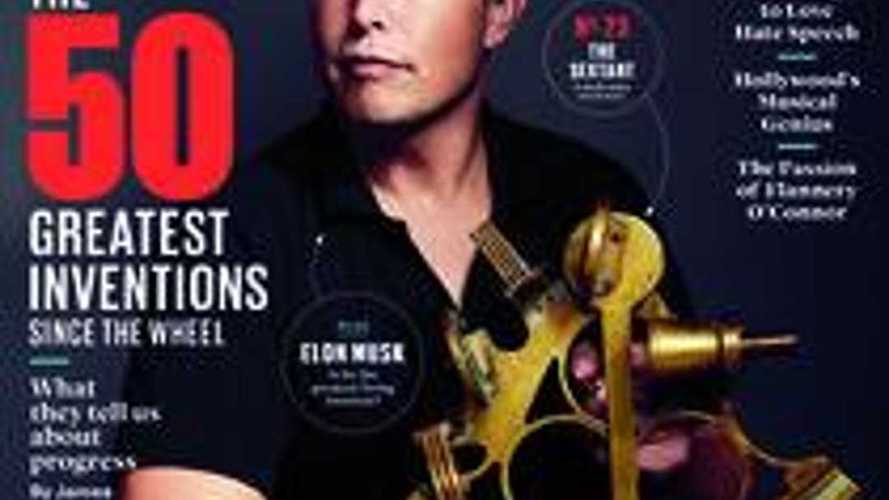 On the cover of The Atlantic magazine is Tesla CEO Elon Musk.

Musk is widely considered one of today's leading innovator, but is he today's "greatest living inventor?"

The Atlantic leads with Musk on the cover (other notable living inventors are included in the actual article), so the magazine must have reason to believe that the answer is yes.

What The Atlantic did in choosing Musk was to turn to some of today's leaders.  As you'll see below, those who nominated Musk are notable individuals themselves.

Here's The Atlantic's take on why Elon Musk may well be today's "greatest living inventor."

In the spirit of inveterate and wide-ranging tinkerers like Leonardo da Vinci and Benjamin Franklin, Musk has transformed virtually every field he’s taken an interest in, from electronic payments to commercial spaceflight to electric cars.

Raised in South Africa, Musk studied physics and business in the U.S. Like any good entrepreneur, he dropped out of a Stanford graduate program to launch his first company, an online mapping and directory service whose sale enabled the launch of what would become PayPal—and Musk’s ticket to big-time innovation.

Like many of his PayPal colleagues, Musk used his fortune from the sale of that company to fund a flurry of new ventures, including Tesla, a manufacturer of electric cars, and SpaceX, a commercial spaceflight operation. He splits his time between the companies’ facilities in Palo Alto and Los Angeles, and at one point resorted to taking loans from friends to keep Tesla alive.

The range and scale of Musk’s ambitions have attracted skepticism, but over time, he has proved himself to be not only an ideas man but an astute business thinker. “He’s a guy who dreams big dreams,” says Hurd, “and then makes them happen.”

Musk’s latest dream is the Hyperloop, a giant pneumatic tube that would transport passengers from L.A. to San Francisco in 35 minutes. It sounds crazy, but as Wojcicki points out, “Elon Musk is one of the few people who can propose the Hyperloop and be taken seriously.”