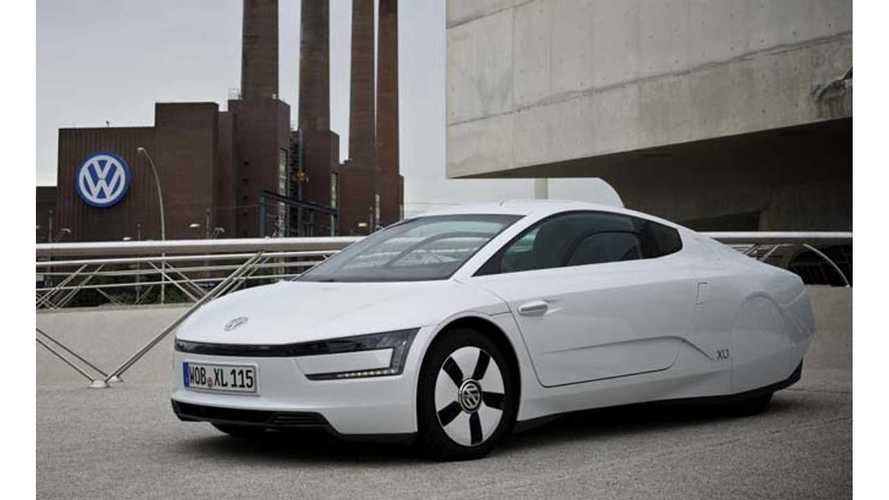 Several initial test drives of the Volkswagen XL1 stated that this vehicle just wasn't suitable as a daily driver for public roads.

Well, clearly the public hasn't listen to what numerous media outlets had to say.

The uber-expensive Volkswagen XL1 is sold out.

That's according to InAutoNews, who quotes a VW official as saying this:

“Since we have many more interested customers than vehicles, we will have a selection process. At the moment we cannot give any more information on this process.”

Officially, the VW XL1 isn't sold out, but apparently there is such a high level of "hand raisers" that Volkswagen is going to have to hand pick who will receive the vehicle.

None of those "hand raisers" hail from the US though.  VW decided against offering the stunning XL1 in the US, despite repeated requests from this writer to do so.

At that price, the XL1 is beyond the means of most individuals.  Total production is only 250 units (of which 50 have already been built).  The remaining 200 XL1s will be built in Spring 2014 and delivered to paying customers shortly thereafter.