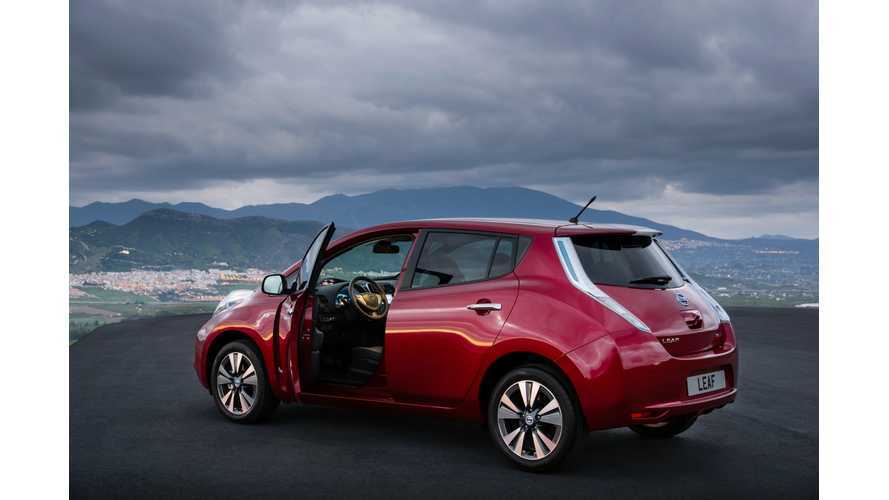 Nissan LEAF global sales are on the rise these days.

In fact, in the U.S., sales dropped below the 2,000-unit mark last month, but with strong results in Japan and in Europe, the total we see is 4,693 units sold in the LEAF's three largest markets.

This month maybe we'll see 5,000 in single month for the first time if the U.S. ramp up goes smoothly.

But let's return back to Japan, where in September Nissan delivered 1,565 units. This is a sales record, if we exclude early 2011 sales when almost a few thousand (2,593) on the waiting list in Japan were given priority shipment for the initial LEAFs.  But still, the 1,565 is considerably higher than Nissan has sold in Japan in recent times.

The Japanese automotive market grew as a whole in September. For cars, we see 284,109 sales, so the Nissan LEAF had roughly a 0.55% market share. YTD sales numbers for the LEAF in Japan stand at 9,223, which means that Nissan is now on the way to exceed previous year sales (over 11,000 units).