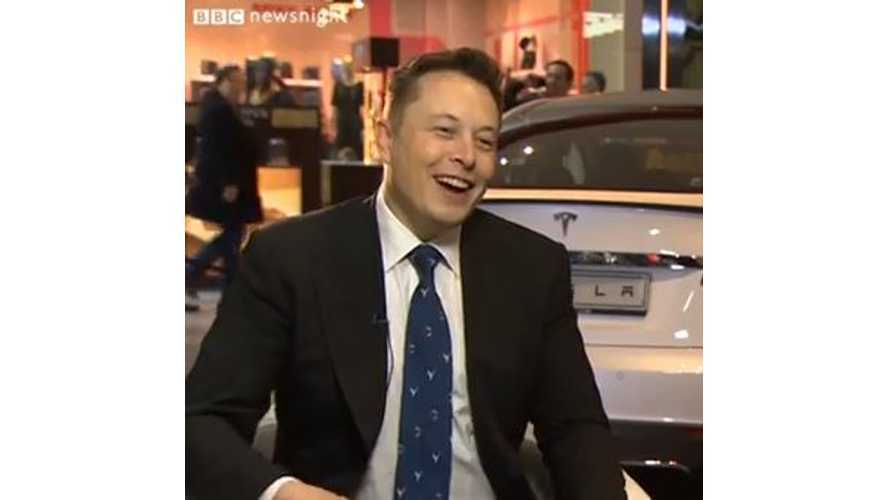 When BBC's Top Gear tested the Tesla Roadster, the result was a staged misrepresentation of the vehicle.

Musk Holds No Grudge Against BBC...Not Even Against Top Gear...But That Jeremy Clarkson Fella....

As you may recall, Tesla Motors later filed a lawsuit against the BBC for continuing to spread these misrepresentations through its various Top Gear outlets (DVD sales, syndication, re-airing the episode and so on).

Tesla lost the lawsuit on grounds that the judge essentially stated that no reasonable individual would take the review presented by Top Gear as being an accurate representation of reality.  Basically, the judge stated that the show is more comedy than reality.

Okay, with all that background info covered, let's now move on to what's in this video.

The topic?  Top Gear's misrepresentation of the Tesla Roadster.

Does Musk hold a grudge against the BBC?  Absolutely not.

Against Top Gear?  Not really.

Against Top Gear presenter Jeremy Clarkson?  Hmm...guess you'll have to watch the video to find out.